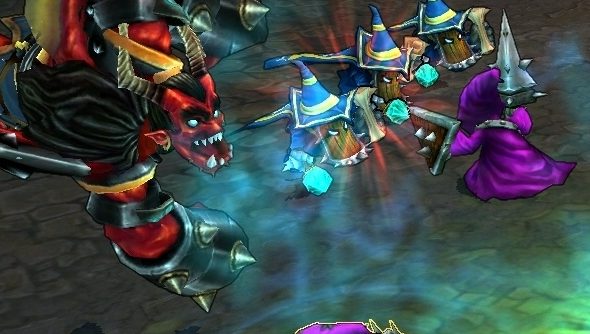 Romanians can now indulge in a little League of Legends action, thanks to the game’s launch in the Europe Union’s ninth largest country. As well as releasing the game, developers and publishers Riot Games are offering fully localised service and support. Which is jolly nice of them.

The game’s launch is to be commemorated a League of Legends tournament at the Flanco Store in the Unirea Shopping Centre on June 2. Again, it’s jolly nice of Riot Games to offer entertainment to shoppers are Romania’s premier consumer electronics store. A tie-in dedicated Romanianchannel on Twitch.tv has also launched.

Brandon Beck, the jolly nice co-founder and CEO of Riot Games, said, “We needed to go all the way: to provide full Romanian language support, to hire Rioters who really understand the needs of Romanian gamers, and to kick off the Romanian eSports scene right with a launch tournament and celebration.”