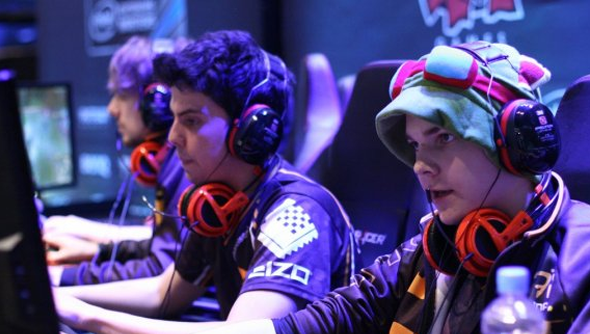 Riot made no friends earlier this week when they told their players taking part in the League Championship Series that they weren’t allowed to stream games other than League of Legends. The developer was trying to cut down on instances where a popular League of Legends player, that’s being paid by Riot, could actively promote a competing game.

Well, following the uproar on Reddit, Riot have revisited the contract and changed the focus so that players can stream whatever games they want but they cannot accept sponsorship from any other party during their time at Riot.

“There’s been a ton of discussion around our LCS team contracts, which stipulated active LCS players couldn’t stream a variety of other games,” wrote Riot’s director of eSports, Whalen Rozelle. “First, background on why we did this: there’ve been instances of other game studios trying to buy access to League fans by using (or trying to use) LCS teams/players to promote their competing games on stream.

“The way we chose to deal with this was clearly an overreach. It hit our goal of preventing companies from advertising through LCS players, but it also encroached on pros’ ability to have fun and entertain viewers during long Challenger queues – and we realize that’s not cool.

“After reading all of your comments and having a LOT of internal debate over the last 24 hours, we’re going to be changing the LCS team requirement to something that more closely matches our intent. While under contract to the LCS, teams and players can’t accept sponsorship from other game companies to promote other titles. Besides that, they are free to stream any games they want.”

Later in the Reddit thread Rozelle pointed out that “Most players of other sports don’t get the chance to practice so visibly on stream for hours on end. What’s interesting is that the concept of a pro player’s stream has evolved along with esports itself – before, a stream was just a way for players to have fun and share their passion for the game with others, but now it’s almost something more official. Players represent the league, their teams and their own brand while streaming now. We use streaming to broadcast our official channel – so we’re still trying to figure out this kind of media.

Even some Riot staff hopped into the discussion. One of the developers QA analysts, Heather Talonn Jones, said that “when I first heard about and read the leaked contract info, I was struck at how un-Riot it sounded. We had a huge internal discussion amongst probably hundreds of Rioters, and I sensed a strong, common sentiment: from our perspectives as Rioters and with our belief in Player Experience First, this didn’t meet our standards–and was therefore not acceptable. […] The part of the contract that restricted what games streamers could play while broadcasting felt very out of character for us. I understand we are sailing uncharted waters in the world of eSports, and we are bound to make mistakes (and have!) but the real measure of success is how we recover and continue forging ahead with this new phenomenon, safe in the knowledge we are doing what’s right by our fans and players.”

This was supported by Riot’s business analyst, Neurocat, who said “When I heard about it, I could see the arguments on both sides being valid, but on the whole, it simply wasn’t player focused, and I believe that’s the deciding factor for us as a company.” Though she also points out that “I think we could do a lot to help solve [having players stream other games] (like improving queue times), since having half hour queue times is a poor experience for both streamers and viewers.”

It’s good to see Riot have stepped back from the proposed changes. They were an extreme method of addressing the problem, one which would have harmed the developers reputation and relationship with players.