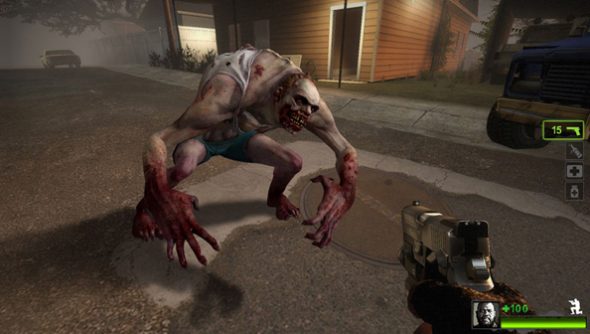 Left 4 Dead 2 has been in beta on Linux for a little while now, and is more-or-less ready to merge consciousness with its Windows counterpart. This week’s patch, then, is the first of many in which the two versions will share bullet points. It puts an end to a jockey exploit that made the giggling blighters a tad easier to deal with.

On lower difficulty levels, it had been possible to kill the jockey mid-pounce, simply by sidestepping his urgent advances and thwacking him in the shoulder with whatever gun you happened to be holding at the time. So popular was the exploit that it even has its own entry in the ‘Tactics’ section of the Left 4 Dead wiki.

Well, that’s gone. As an alternative, try riddling him with lead until the added weight renders him grounded.*

See the full list of changes for both platforms below.

*Not tried that one myself, I must admit. Go forth, guinea pigs!