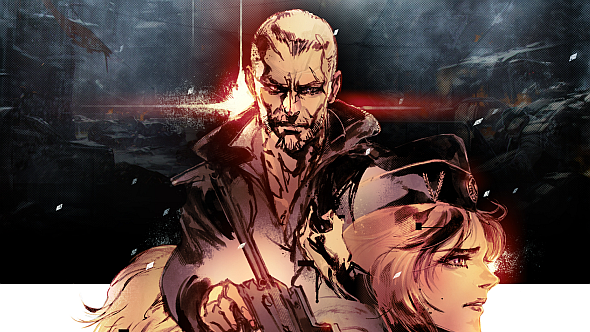 Most importantly, we hear that Left Alive is set in the same world as the Front Mission games. These were a series of tactical RPGs in which globalisation accelerated during the 21st century, consolidating most of the world into continental supranational blocs.

Related: here’s everything we know about Left Alive.

Perhaps inevitably, these blocs eventually wind up competing in such fields as getting an early toehold in space, and wind up going to war using mechs known as ‘Wanzers’, which is only one letter away from… that’s right, Panzers (obviously). A few Front Mission staff are working on Left Alive.

The last game in the series was 2010’s Front Mission Evolved, and we hear Left Alive will be set before it but after Front Mission 5 – so, sometime in the mid-22nd century. It will feature three protagonists – see the art below – each of whom is isolated in the war-torn city where the game is set.You’ll switch between them as you progress through the story, which only has one overall ending, but the outcomes for these characters can vary with your actions.

There are survival, gathering, and crafting systems; incentives to replay content; and booby traps. The story uses a stage-based structure, though you can choose from several paths to a destination, depending on your preferences for combat or stealth.

The news from Famitsu comes to us viaGematsu, so head there for all the details.

The announcement was made with an intriguing teaser trailer at the PlayStation press conference in Japan today, and more information is promised alter this week at Tokyo Game Show. I know I’m keen to hear more.

Here’s the announcement art by Mr Shinkawa – it’s lovely to see his distinctive style again – which presumably shows the lead characters. No details on them yet. 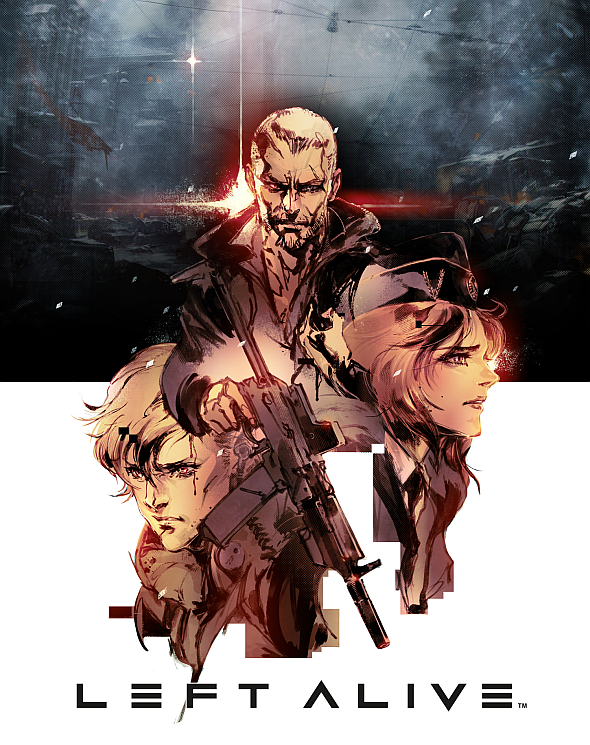 The trailer opens with a shot of a hotel corridor straight out of The Shining, but instead of a pair of creepy girls, there’s a Christmas tree, and then a series of bullet holes popping into the corridor from an adjacent room. These are followed by an explosive of some kind and half the hotel vanishes, so the camera can pan over a thoroughly ruined cityscape. Three futuristic helicopters carry mechs across the destruction. The whole scene makes being left alive seem like something more of an achievement.