Legends of Runeterra has been inspired by a diverse range of influences. Gameplay Initiative Lead Blake Midstokke, for example, cites his love for collecting obscure CCGs, mentioning the Harry Potter and The Wheel of Time CCGs in the process. And, of course, Riot has had plenty of time to study its major competitors – Hearthstone, Magic: The Gathering – and, if we’re being really generous, Artifact.

No one could accuse the devs behind LoR of not being passionate about the history and medium of card battle games, that’s for sure.

This was made all the more obvious during a visit to Riot Games’ Dublin studio, where we were introduced to the intricacies of the company’s new digital CCG. Along with getting some hands-on time of the game itself, we also sat down with design director Andrew Yip and associate art director Andrew Silver to discuss the game’s inspirations, fresh new art style, and the lessons the team has learned from looking at other CCG communities.

PCGamesN: You’ve said you’re looking at other CCG communities – which ones in particular and what are you seeking to replicate from them?

Andrew Yip: The two that come to mind are MTG and Hearthstone. Magic has a really long pedigree of supporting high-level play and celebrating it, making it possible to be a lifestyle experience for those high-level players. We’d be remiss to not pay attention to all the different tournament formats and lessons that they’ve learned over their 25-year history of professional play. Hearthstone, of course, from a digital point of view. Being digital provided them with a lot of unique opportunities to experiment and see what resonates with players. We’ve experienced that personally playing the game ourselves. Those are the two obvious ones. 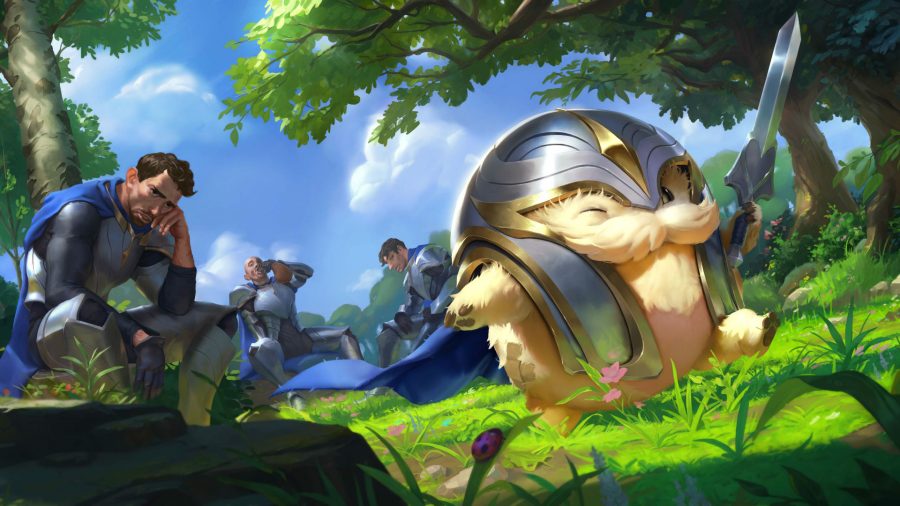 PCGN: If you had to boil down things that you’ve learned from other games, what would you say?

AY: Netrunner really turned my understanding of what card games are as a genre on its head. Prior to that, card games were very unit or creature-combat based games, where you’re playing cards that represent specific characters. They fight and die, there’s a win condition related to the characters fighting. In Netrunner it’s very focused on putting you and your opponent into this fantasy, where you’re the hacker trying to hack the defences of the opponent’s corporation. The cards represent different elements of either your hacking kit or, as the corporation, your different defences.

The asymmetry of Netrunner was one of the things we studied early on for LoR.

That’s so awesome – not just because the flavour of the game is so strong, but it demonstrates that card games are not a genre, they’re more of a medium with which you can create a lot of different gameplay experiences. You can create fighting games, a hacking game, vampire games, traditional creature-combat games. When you look at a thread of what makes a card game, it’s almost superficial – it’s the way you’re presenting information, simply, to the players.

Andrew Silver: The asymmetry of Netrunner was one of the things that was really extensively studied early on as part of LoR. Even looking now you can still see remnants of the discussion when we looked at initiative as part of the turn structure, aside from the interweaved call-and-response that the turn structure has right now. That initiative really – I have to imagine – came from that initial conversation.

PCGN: Any inspiration from Pokémon at all?

AY: Yeah absolutely! We have a lot of fans of pretty much all the card games that have existed. Pokemon’s pretty high on that list actually.

AS: There’s so many Pokémon lovers on the team.

AY: High-level Pokémon play is kind of alien looking to the typical casual deck experience. Pokémon, Duel Masters, Kaijudo are all games that elicit a very positive response among us, even though they’re not the biggest or most popular games.

PCGN: We’ve seen releases that start as a physical game and manage to gain a life as an online game. Do you think there’s any capacity for the reverse happening?

AY: That’s a great question and not something we’ve talked about in great detail. My gut intuition is maybe as a one-off, but probably not as a sustained separate thing. Part of the reason is that because we’ve started digital a lot of the experience is built and designed deliberately to be great in a digital format. We didn’t really create a lot of something for it to translate easily to a physical experience. It might, but we’d be lucky, not because we’re brilliant and were extremely thoughtful about what that experience would be like physically. 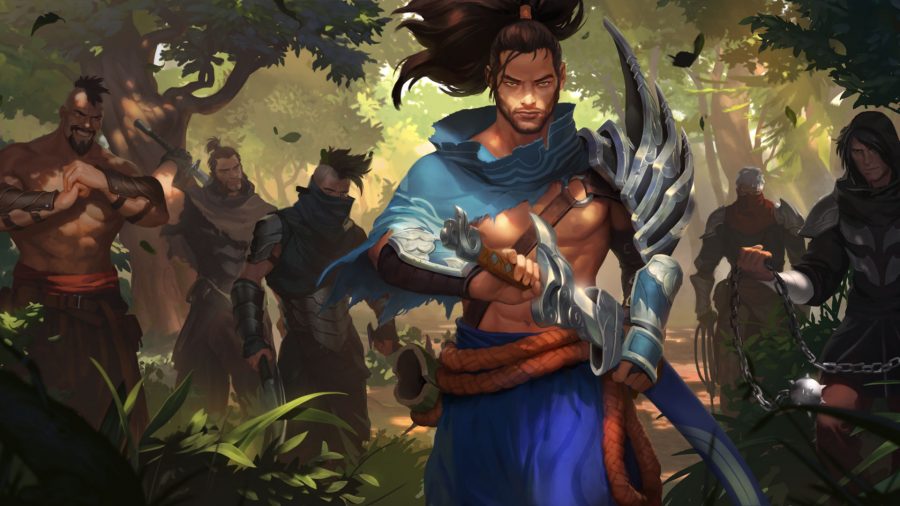 PCGN: You’re moving from 3D modelling to side-on static art – were there any unique challenges to translating the League of Legends art style?

AS: A lot of the representation of the characters and the world come from illustrations. We’ve got a pretty extensive internal worldbuilding team that’s working on fleshing out the theming for each one of the sub-groups in the sets. We’ve also formed some pretty awesome partnerships with studios like Six More Vodka, which is basically an illustration house that’s made up of some of the best illustrators in the world. They’ve been working on the IP for long enough that they probably know more about the IP than most players do, which has been a godsend in creating the breadth of work that we’ve got for set one.

PCGN: Many CCGs use different artists and art styles for different cards. Do you have any plans to do that kind of thing, or do you want to keep it consistent?

AS: Right now our plans are to keep somewhat of a tight window. As we create more and more content we’re working with more and more partners, more and more individuals, and with that comes a little bit of a range. We expect that. But for right now, especially as we continue to grow the amount of content in our game, we want to keep a consistent look.