The Trans-Siberian Railway is the longest train track in the world. It is probably responsible for a ream of paper that stretches out as long as it, too – this ‘ribbon of iron’ inspired writers even before it was finished. Spanning eight time zones and stretching from Moscow to the Chinese border, it was once the most evocative expression of the Russian Empire’s reach.

For Sornyak Arts, the Czech developers of Legion 1917, it is the spine of their story – the backbone of an unlikely road movie-style strategy game set at the height of the Russian Revolution.

Tales from the borderlands 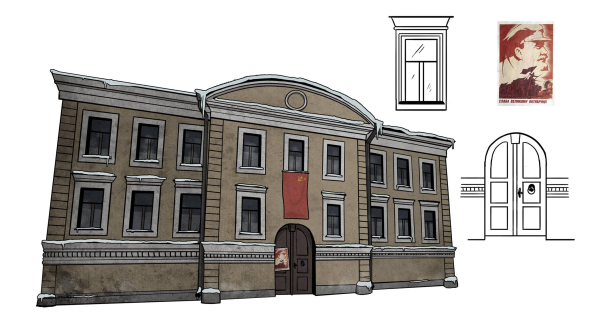 In 1917, Czech volunteers made the multi-day journey through Ukraine to Vladivostok to join the fight, crossing continents in the process.

“They really made the whole trip across Siberia,” writer Tomislav Cecka tells us. “And we knew we somehow had to depict this.”

The best way to do that, the team decided, was to make Legion 1917 a ‘road game’ – a journey that followed its cast from one end of the railway to the other. It is a blessing for the art team, able to keep their work fresh as the game moves from location to location.

“It’s fun for me as a writer,” Cecka says. “The European part of Russia, now as well as then, is different from the Asian part, not just in architecture but habits. And I think it’s going to be exciting for the players as well.”

The fact that the Legion is always moving helps circumvent a storytelling shortcoming, too. In some of Legion 1917’s Jagged Alliance-inspired segments, you will help solve local problems as you would in an RPG – but then hop back on the train.

“In other games, you are solving the quests but cannot see any progress and NPCs are still doing the same things,” Cecka says. “We are able to move the player along – the fact that their decision didn’t have any [visible] impact doesn’t matter because they are on the road and they need to move forward.”

A blueprint for revolution

Cecka does not have a background in software, and so was attracted to Unreal Engine 4 by Blueprints – the simplified visual scripting language that makes code accessible to non-programmers.

“Even a stupid writer like me is able to work in the engine and do part of the job,” he says. “I was able to help with importing and creating levels. As designers and writers, we were able to help the programmers push it forward.” 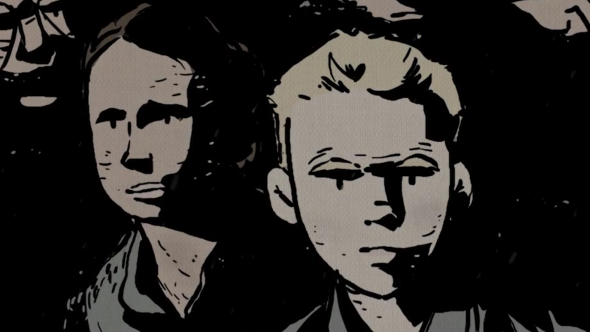 Legion 1917’s hand-drawn graphics are its most striking feature. Its images of an animated Russia recall the industrial density of L.S. Lowry, but with a focus on faces that highlights the humanity of its subjects.

“It’s very much like the good old Disney fairy tales,” Cecka says. “Snow White or Beauty and the Beast.”

Although animation is often drawn “on twos” – as in, one image for every two frames of film – the Legion team are filling every single frame with motion. That means drawing 24 images for every second on-screen. Given that each character needs to be able to shoot in six directions and take cover in four, this can quickly become a gruelling process.

“The graphics artists are going into it with a lot of hope and looking forward to showing these emotions and character traits with the movement,” Cecka laughs. “As they dig in, they lose this faith and they are just looking forward to getting out of it.” 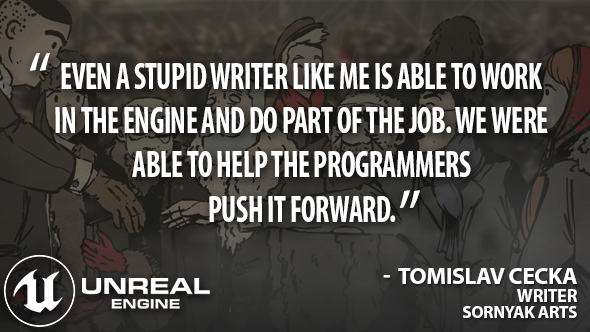 The results are worth it, however. The game’s first antagonist, an officer, lords it over the tutorial levels in a fancy hat and expensive fur coat. Animation brings him to life in more ways than one. “You can see that he is pretending to be upper class, but in combat he is angrily shouting and clenching his fist,” Cecka says.

Even unnamed characters are granted personality by their animation. The bog-standard bandit unit is known internally as “snake man” – since, after taking damage, he drags his leg behind him like a tail.

Next, the team will bring subtlety and likeability to their main cast. Cecka is particularly keen to see Andrej Orlyk, the young Ukranian worker and optimistic communist he has written about, spring into action: “He is a cheerful, optimistic soul who thinks the world is going to be a better place soon.”

Sornyak Arts continue to look for more fuel to fund Legion 1917, following an Unreal grant from Epic earlier this year. But once they find it, they intend to follow Andrej down the tracks all the way to Vladivostok.

You can follow the development of Legion 1917: Rise of the Bolsheviks on Facebook. Unreal Engine 4 is now free.

In this sponsored series, we’re looking at how game developers are taking advantage of Unreal Engine 4 to create a new generation of PC games. With thanks to Epic Games and Sornyak Arts.