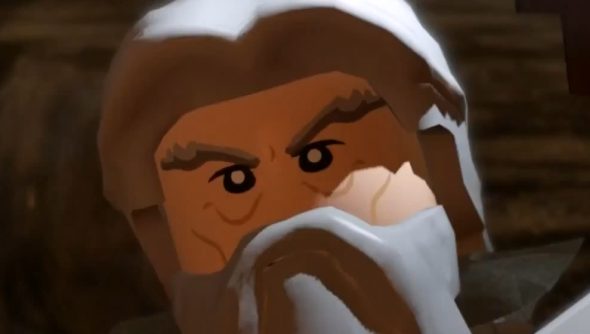 With complete and utter inevitability, Gandalf, Frodo, Aragorn and Gimli have been lovingly rendered in virtual acrylonitrile butadiene styrene for Lego The Lord of the Rings. Which is the most awkward title ever. A new trailer reuses both the film’s music and voice overs, and even find time to make a joke about Balrog having bad breath.

The Lego games are actually quite awesome for exactly that reason – they’re not afraid to make fun and pick holes in the hallowed franchises they’re based on. In fact, the Lego versions of Star Wars Episodes I to III and that Indiana Jones film are far, far better than the original cinematic entries.
The new game covers the entire The Lord of the Rings trilogy, with Frodo, Aragorn, Gandalf, Legolas, Gimli, Boromir, Sam, Marry and Pippin all appearing as playable characters. “We are huge aficionados of The Lord of the Rings franchise and are incredibly excited to put our special LEGO family-friendly touch on this classic fantasy adventure,” said Tom Stone, managing director of TT Games.
Lego The Lord of the Rings will be released on the PC in Autumn 2012, and you can check out the official site here. We’re still waiting for Lego The James Bond, though. Or The Lego Hostel trilogy. Let’s face it, pulling plastic people to bits is pretty much torture porn anyway.