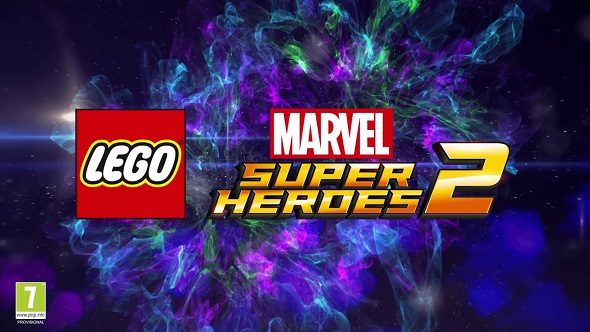 The world of comics eludes me. It’s an industry that’s probably worth billions of dollars that features things like “And then the sentient planet had a kid” and “Average Joe can now be 50 feet tall because of Science.”

And that’s only when you consider the recent explosion of comic book films. Things get a lot more ludicrous when you take a look at the comics of the 80s and 90s. That’s why the new Lego Marvel Super Heroes 2 trailer, released for Gamescom, is very silly.

For more Gamescom coverage, we’ve got it all tagged here.

It’s showing off some of the locations you’ll be visiting in the game, as the Big Bad has caused some sort of time… breaking… thing that’s brought worlds from different universes and times together under the name Chronopolis.

Some of it makes perfect sense – Asgard’s fine, I can wrap my head around that. But when ‘the old West’ is a place that features a cowboy Captain America and then you add a space dog, I start to get a bit lost.

Where does that swamp monster come into it? Is this Scooby Doo now? It wouldn’t surprise me. It all looks very comic books indeed. But, it’s also a Lego game, so it will almost certainly be a lot of fun anyway.