Watching Funcom demo Lego Minifigures Online in a crowded booth to a handful of journalists at Gamescom, I started to giggle. Funcom have had a rough time of it, making hardcore MMORPGs for hardcore MMO players like the Secret World, Age of Conan and Anarchy Online. Lego Minifigures couldn’t be more different. It’s a brash, sort of isometric Lego smash ‘em up built for kids and those who occasionally like to pretend they’re kids.

It looks kind of brilliant.

And I think it’s going to make them, and Lego, a fortune.

Key to understanding it is understanding the Minifigures range – a collectible series of tiny men and women sold in foil packets who’ve been quietly eating up children’s pocket money for a couple of years. Minifigures Online takes those men and women and puts them in an MMO. Your character is a minifigure, strolling about Lego themed levels in a kind of Diablo-esque third party RPG. Imagine Diablo as a kids game: that is Lego Minifigures.

But it’s full of neat design. Every minifigure has their own unique set of abilities: the DJ fires records from his hips, the roller-girl summons a whole wave of roller derby girls to crash through enemies, the spaceman is all lasers and pew pew… Even better, at any one time you have a selection of three figures available that can be hotswapped in and out as the situation depends on it. 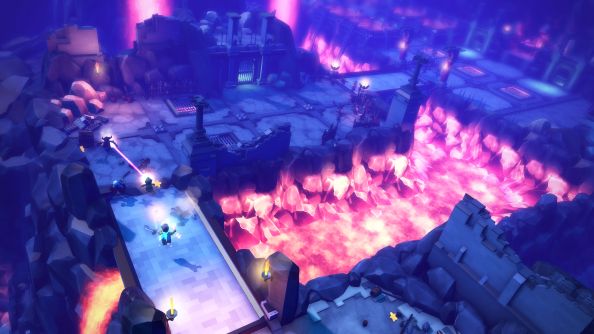 In a boss fight, you might want a minifigure that specialises in single target damage. In the building sections, where you’re building little Lego puzzles a la the Lego Star Wars/Lord of the Rings/Marvel Heroes games, you’ll want one who specialises in assembling little bricks. Or maybe you just want the plumber minifig because it’s really hard to find a good plumber.

Just let that sink in.

They’re going to make a fortune selling these things. 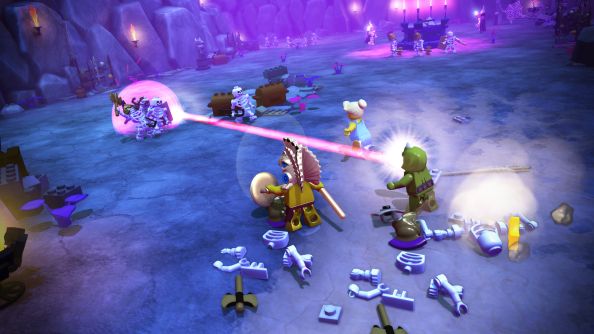 I was absolutely entranced by the game, and what Funcom have achieved. It’s a massive palette cleanser for the studio, but I also think it’s such an obvious win for everyone: for parents who want to find a safe place for their kids to play online, for Lego, for Funcom, and for kids. 33 year old kids too.