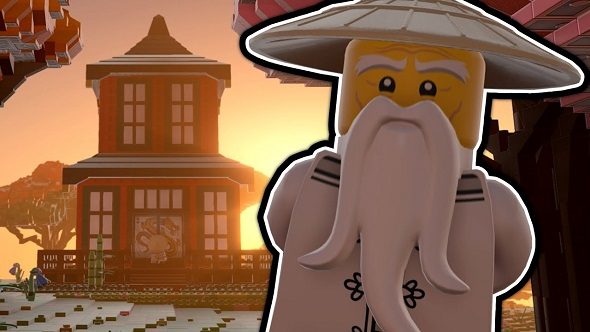 Do you like Ninjas? Do you like Minecraft-inspired Lego games? Do you like when the two are combined? I hope so, because Ninjago sets and characters are the next DLC for Lego Worlds, coming soon, for free.

If you want some more virtual worlds to explore and play around in, here are the best sandbox games on PC.

I’m also going to quickly clarify that, in the world of Lego, Ninjago characters are explicitly not Ninja characters but they are (sometimes) ninjas, because the world of Lego is nothing if not rich with lore. But, to coincide with the Lego Ninjago film, which is coming in late September, you’ll be able to explore and play as its characters.

The trailer above is short, but presumably everything you can see in there will be available for you to use in builds – the temple, bamboo, lanterns, and so on. I’m also assuming that’s Master Wu at the start and Lloyd Garmadon at the end, and hoping you’ll be able to play as both.

Given it’s a tie-in with the Lego Ninjago film, we can probably expect this free DLC to drop next month, although there’s no confirmed release date.