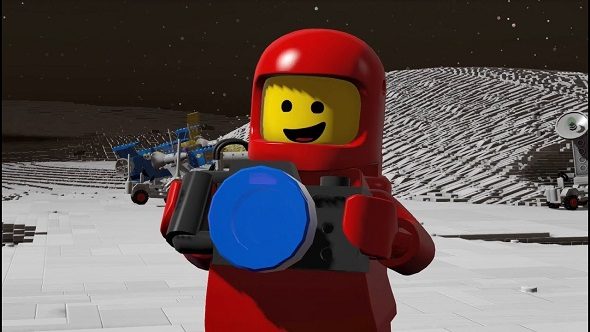 Space. The final frontier. These are the voyages of the starship Lego. Alright, it’s not a Star Trek DLC, but Lego Worlds is getting a space-themed DLC pack soon, and there’s a trailer to go along with it. That’s not the most important bit, though: there’s actually a pretty brilliant soundtrack to the trailer.

Want more of the best multiplayer games? No need to Google it, we’ve got you.

Watch that trailer above and you’ll understand – Lego Worlds might not be entirely your thing, but there’s no denying this new trailer sounds great.

It looks like you can now go to the moon in a rocket, and live out life with your mates in space. There are moon rovers, speedy spaceships, and even some dangerous alien spiders. We’re not too sure how true to life that last one is, but we’ll take Lego’s word for it that there are definitely giant purple spiders on the moon.

There’s no release date for the pack yet as the officialy word is that it’s “Coming soon.” Now, if you’ll excuse me, I’m probably going to go listen to the trailer one more time.