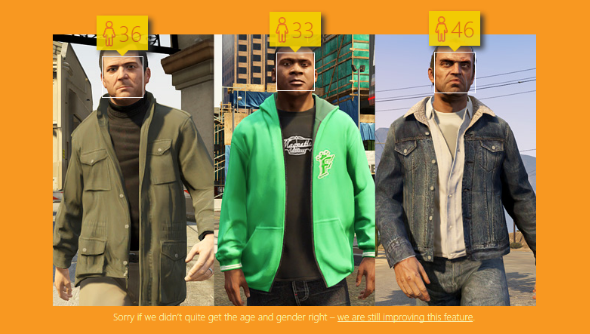 Microsoft have a new robot person they’ve uploaded onto the internet. Its sole purpose is to tell you how old you look, causing much laughter/depression and a million screenshots uploaded to Twitter.

But if this age-guessing robot is so smart, can it guess how old our favourite PC game characters are? I sat down to put the HowOldRobot through its toughest challenge yet.

Sat in a quiet room with the robot, I started simple. Like those Voight Kampff tests in Blade Runner, I started with the easiest questions and worked upwards. First I held up (uploaded) a picture of PC gaming’s finest duo: Gordon Freeman and Alyx Vance.

“If you’re so smart, HowOldRobot, then how old are these people?” The robot itself cannot speak, but displayed the following image. 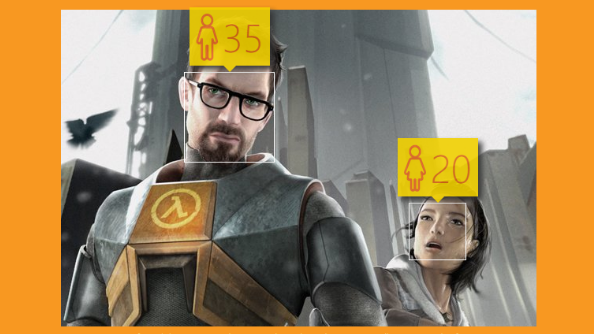 A 35 year old male and a 20 year old female. Correct genders. Gordon is technically around 27, but we’re in the right circles. I nod with approval.

“Okay, Robot. How about their shadowy observer, the G-Man?” 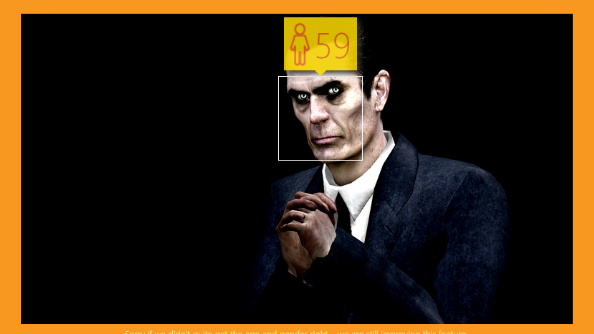 “Alright, robot. We’ll try something a little harder. This is Guybrush Threepwood and Elaine Marley, beloved protagonists of Monkey Island.” 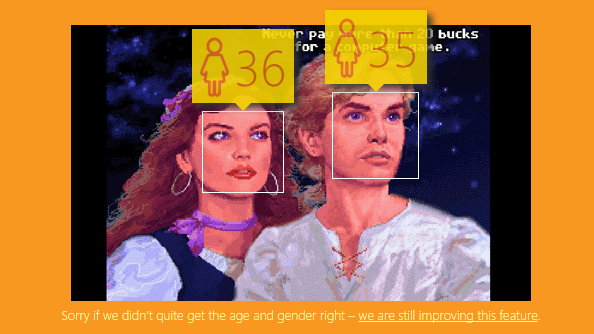 Aha! I’d caught it out. Not only had the stupid machine calculated them as at least ten years too old, but it thought Guybrush was a woman!

“Not as smart as you look, are you? Right, lets try some aliens. This is Liara T’Soni from Mass Effect. How many years?” 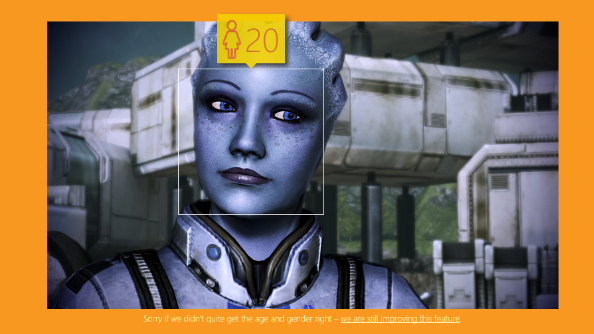 A 20 year old female. What a stupid machine! Anyone can tell that, for an Asari, Liara is clearly in her early 100s. 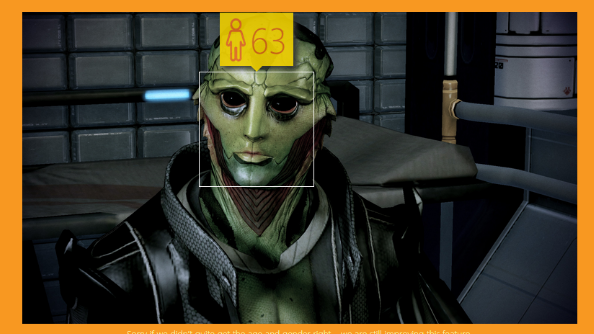 Drell age at a far more similar rate to humans. Thane is 39. Sorry, robot. You’re a few years off.

“Okay, let’s try children. How about this little sister?” 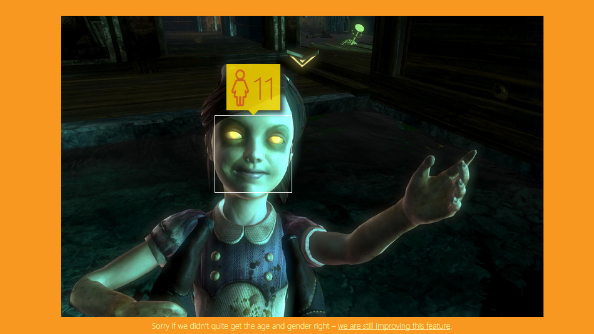 Hmm. I’d estimate half that, but we’re getting closer. At least it understands what a child is.

“This is Clementine and Lee from the Walking Dead. How old is she?” 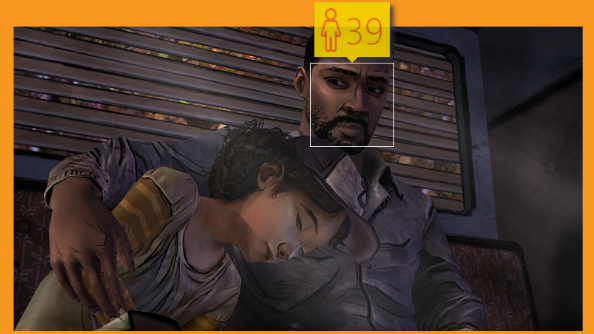 Right. Sure, just ignore the child. She wasn’t important anyway. 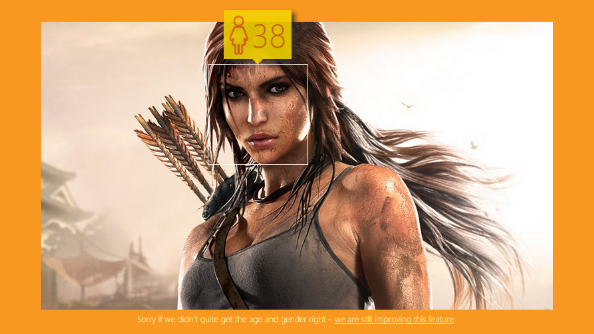 “Right, we’re going to move on to Max Payne. I’m going to show you three images, each from different stages of his life. Tell me how old he is in each.” 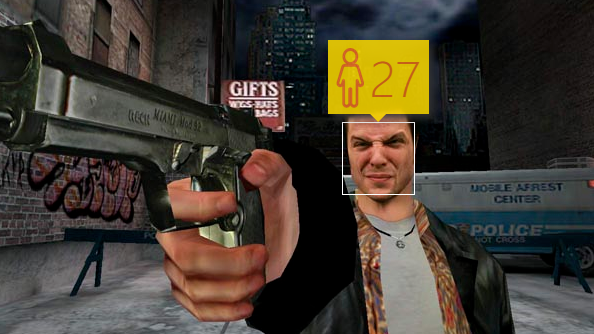 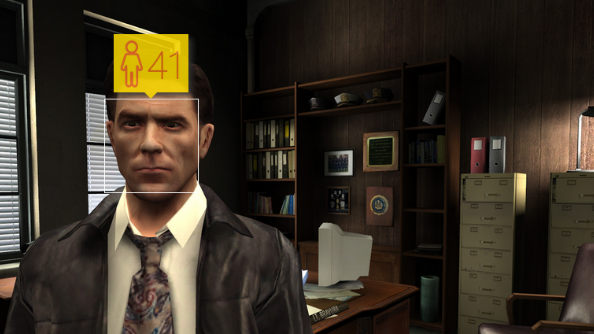 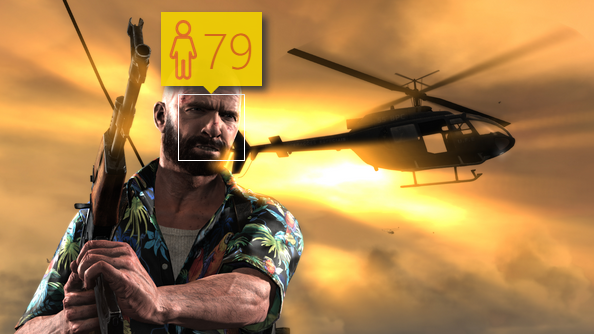 Crikey. So according to HowOldRobot, Max Payne 2 is set fourteen years after the first game, and Max Payne 3 a whooping 38 years later. I know the wait was long, but it wasn’t that long.

“Sorry if we didn’t quite get the age and gender right – we are still improving this feature.” says the robot.

“I don’t buy it, robot. I think you’re just typing out random numbers. Prove me wrong. How old is THIS?” 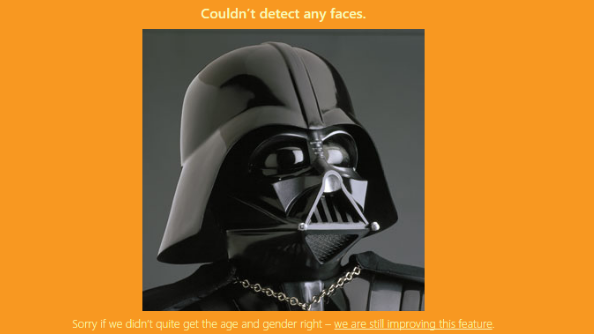 ‘Couldn’t detect any faces’. Well, turns out the robot does have some kind of sense after all.

“Fine, alright. But how about underneath the mask?” 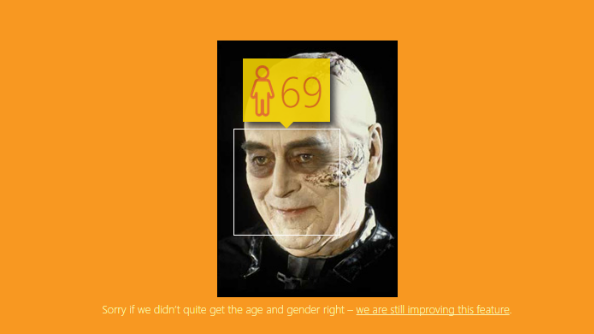 “One more, then. Let’s keep it easy. Everyone knows this one.” 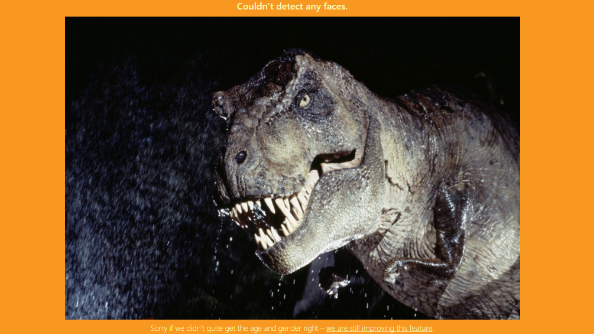 Couldn’t detect any faces? Go on, say that to the T-Rex. YOU won’t have a face left to detect after that.