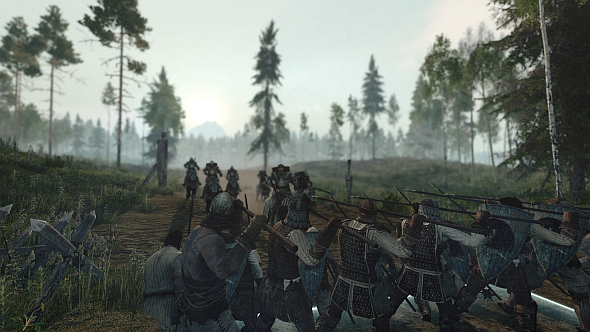 Life is Feudal is getting another round of closed beta testing, and it’s due to launch today. To celebrate, developers Bitbox have released a new video running you through the game’s key features, and it makes clear just how far the game has come since its first form.

For that authentic touch, try the best simulation games on PC.

In case you hadn’t heard, Life is Feudal is an MMO that focuses on simulating life in the Middle Ages. Unlike many games with a Medieval aesthetic, it aims for realism, and lacks any fantastical elements such as dragons or magic. Nonetheless, there’s still plenty of danger – you’ll need to cooperate with other players to gather resources, build shelter, craft tools and form a fully functioning feudal society in an unforgiving world. You can carve out a place for yourself in that society as a vassal, a knight, a farmer, or even as royalty.

The game’s current form is styled Life is Feudal: MMO, reflecting its growth since its launch in November 2015 as Life is Feudal: Your Own (which is still on Steam). Back then, it was designed for only 64 players in a single map of just four square miles. Now, however, developers can host over 10,000 players in a map of 169 square miles. As a new video explains, its key features include:

Sound good? If so, head over to the game’swebsiteto sign up for the latest round of closed beta testing. It starts today and will run for “approximately two weeks”, say Bitbox.For more information, you can check out Life is Feudal on Facebook or Twitter.