Life is Strange 2 moves from the sun-kissed streets of Seattle down through the dense forests of Oregon with the arrival of Episode 2. The winter chills have swept through the state, leaving the landscape covered in snow – treacherous conditions for two homeless boys. It’s been several weeks since Daniel and Sean Diaz had to flee their home and the brothers still have some distance to go before they reach Mexico.

Having to take care of a nine-year-old boy who has just discovered his telekinetic superpowers while on the run from the law is a lot for the 16-year-old Sean to deal with. This toll is the focus of the second episode, titled ‘Rules’, in which both boys have to face new responsibilities, and explore the line between what is right and wrong, and learning how it can so easily blur.

Sean begins to really step into the role of mentor in this episode. He dedicates the majority of his time to helping Daniel practise controlling his ability, and teaching him why it should be kept a secret. As Daniel’s power grows stronger, there’s a feeling in the winter air that the risks and challenges the brothers face will also increase.

“The main theme of Life is Strange 2 is education,” Dontnod game co-director Michel Koch tells me. “It’s about the way you teach Daniel about values and something to believe in, good or bad. What we wanted to tell in this episode is that even if you set out some rules to your kid, or in this case to your brother, sometimes you have to break your own rules for the good of your family.” 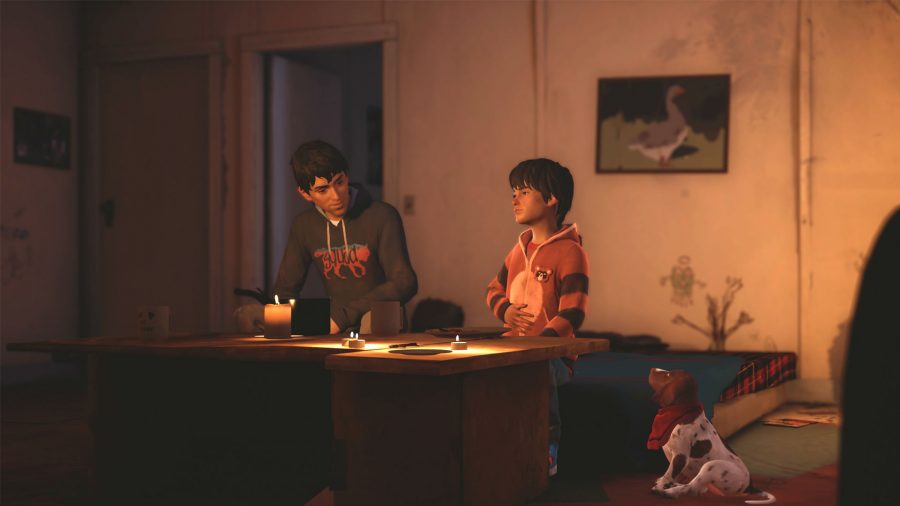 Those important moral decisions come down to player choice. Daniel’s powers can easily attract attention, and being an excited nine year old, he starts to become unruly with the use of his gift. He makes dishes float, toys fly through the air, and plays pranks on Sean.

Even if you think you’ve done a great job at passing on your worldly wisdom, Daniel can choose to ignore Sean’s guidance, and both boys will have to live through the consequences. “That’s why Daniel is nine years old, because when you’re nine it’s a moment in your life where you’re going to take your imbalance into your decisions,” game co-director Jean-Luc Cano tells me. “Before you’re nine, you always ask, ‘Can I do this? Can I do that?’. But nine is the age when you say, ‘Ok I understand what you have taught me, now I will make my own decisions’.” 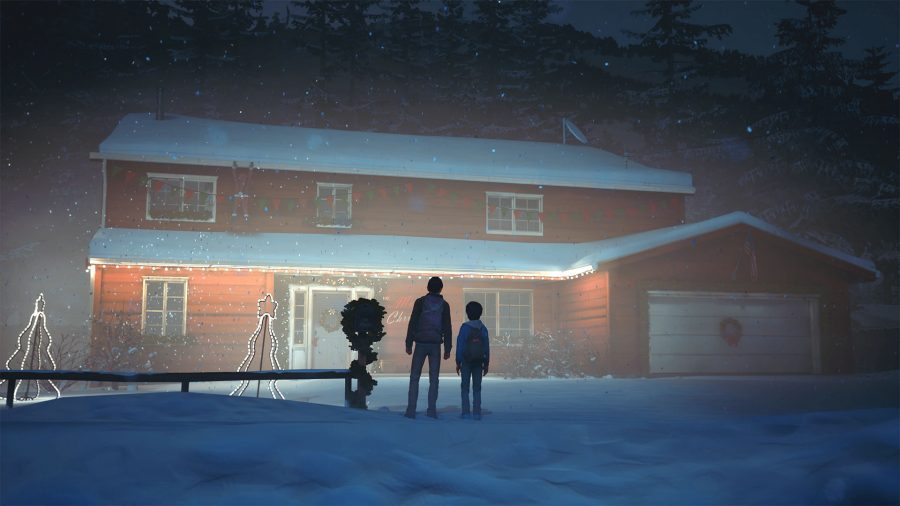 One decision that Daniel doesn’t have a say in is visiting his grandparents, Claire and Stephen. Sean steers the boys towards this sweet old couple’s home in hope of finding a refuge, but even meeting their grandparents isn’t without threat, as you should have learned through meeting deceptive characters previously.

In our review, Ali highlights that Dontnod have delivered another dramatic instalment in the Life is Strange series but fails to balance it with player choice.

“We’re introducing new characters in each episode and that makes for some really interesting dynamics between Sean, Daniel, and those other characters,” Koch says. “They meet people and have a strong connection with them because it’s a short amount of time. They can either bring something to those characters or gain something from them.”

In the section with the grandparents, you can decide whether to open up to Stephen about Daniel’s powers, to call Sean’s best friend Lyla, and to check social media. Suspicion may drive you to avoid all of these out of fear that someone will rat out the boys to the police. But by doing that it can feel like you’re missing opportunities to connect with the characters on this road trip and to further explore each episode’s theme through them. 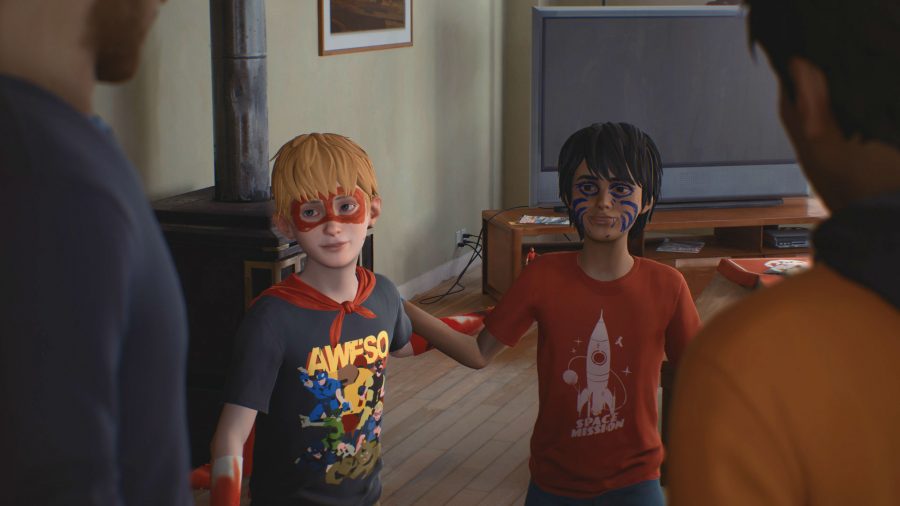 As this second episode is all about parenting, you meet two contrasting examples: the Diaz brothers’ endearing grandparents, and Charles with his son Chris – both of which starred in Dontnod’s mini episode, The Awesome Adventures of Captain Spirit. Charles’s behaviour is jarring at first, as the worried father you meet in this second episode seems like a completely different person to the harsh drunk he was at the end of Captain Spirit. But through Sean having a heart-to-heart conversation with him, you understand how Charles is able to transform from an aggressive alcoholic into a relatable parental figure.

Related: Check out our list of the best adventure games on PC

This is why players love the Life is Strange games, we get to see characters experiencing real-world problems that people have to deal with in modern day America. The Life is Strange series explores deep subject matters from family loss, alcoholism, racism, and trying to be a good parent from the perspective of a young adult.