Life is Strange 2 is a welcome return to a series about interpersonal difficulties and human stories. But it’s also an enormous departure from the world that developer Dontnod created when it first took us to Arcadia Bay in 2015. The turbulent, supernatural coming-of-age drama remains, but after one episode Sean and Daniel’s adventure already promises to take us in a very different direction.

Whereas Life is Strange was a supernatural mystery its sequel is, instead, a road trip narrative. You play as the 16-year-old Sean Diaz, the son of a first generation Mexican migrant living in the suburbs of Seattle in late 2016. From the opening of the game, Sean is woven into the kind of social tapestry you’d recognise from any portrayal of American high schools from the past few decades. Sports and schoolwork clash with part-time jobs and illicit parties. Sean has to traverse best friends, bullies, and awkward crushes.

It’s an opening that’s immediately welcoming. I was entirely sold on Sean, the snapshots of his life and personality on show more detailed than anything Dontnod has produced so far. You’re able to read back through weeks of text conversations with his friends, his dad, his athletics coach. There’s a story waiting to be told in the game’s opening that, to some extent, I’m sad to have missed.

That’s due to an upset that, in an instant, marks a downturn for Sean and his ten-year-old brother Daniel. It’s so harsh that the pair is forced to flee their home. The conclusion of this introduction to the new characters is one of the episode’s most powerful moments. Unfortunately, it makes what comes next a little underwhelming. Life is Strange 2’s first episode suffers from a slow burn, as Sean and Daniel travel to escape the chaos of that first act, into the quiet wilderness of the Pacific Northwest. 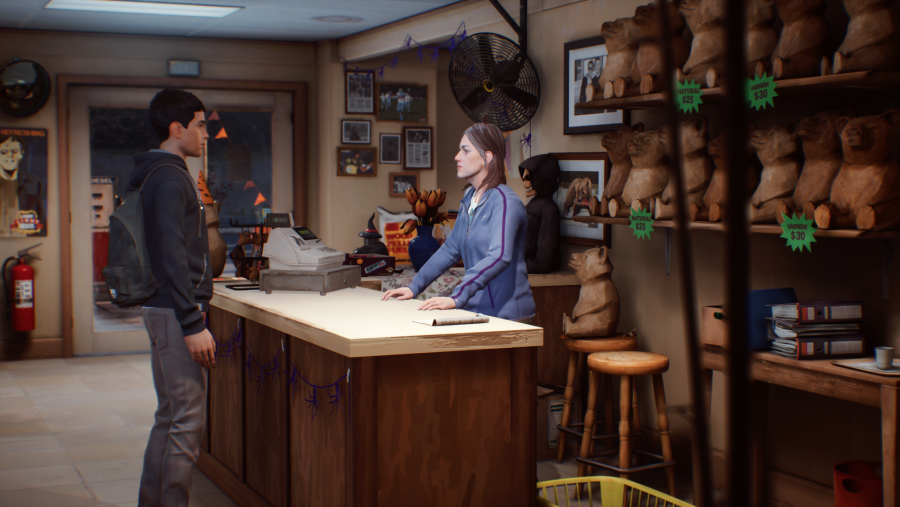 It’s a beautiful environment, with trickling streams weaving between towering conifers, all of it drenched in the fading sunlight of an autumn evening. A scene in which Sean and Daniel prepare to make camp for the night offers more player freedom than anything else in the series. Daniel is constantly watching Sean for guidance – your decisions in the game shape him as much as your future – but he’s also very much his own person. He explores and chatters and plays like any child would, and you’re free to let him wander should you want to. The puzzle elements that Max had to contend with in the first game, however, are absent, making for a sequence that brings the episode’s pacing screeching to a halt.

Thankfully, there’s plenty more to contend with as the episode progresses. Sean and Daniel are carrying little more than the clothes on their backs, and soon learn that food and shelter is hard to come by in late October, especially for two boys with only a few dollars to their names. I was genuinely torn at times, knowing that Daniel would remember my actions and let it shape his behaviour, but desperately wanting to steal food and clothes to keep him fed and warm. Even at the start of this year-long journey, you’re aware of the hardship ahead, as you figure out how to keep moving while making sure to stay alive.

To cope with that hardship, you’ll have to enlist the help of the people you meet on the road, but that’s not a simple task. If it wasn’t clear from the game’s opening, Dontnod makes it apparent that it’s prepared to tackle this game very differently to its predecessor. During the development and release of Life is Strange, America’s socio-political landscape was very different, and it’s no coincidence that the first episode takes place weeks before Donald Trump’s election victory. 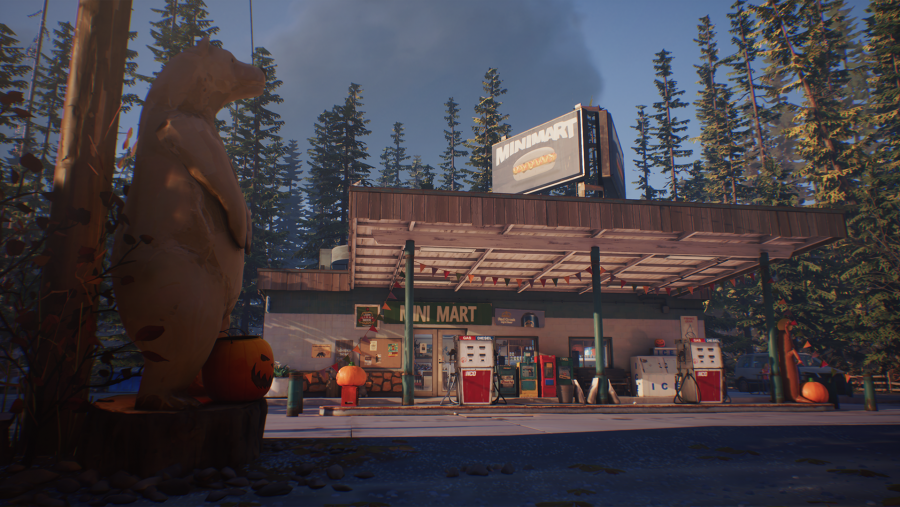 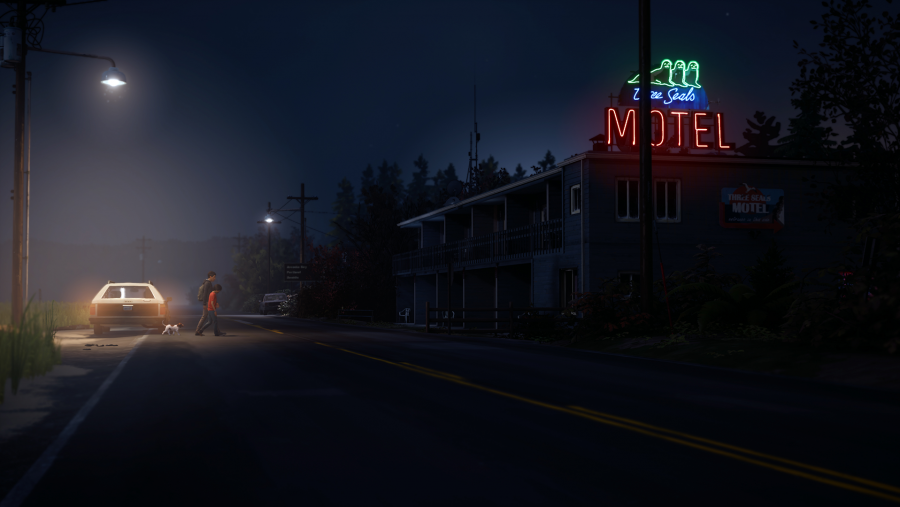 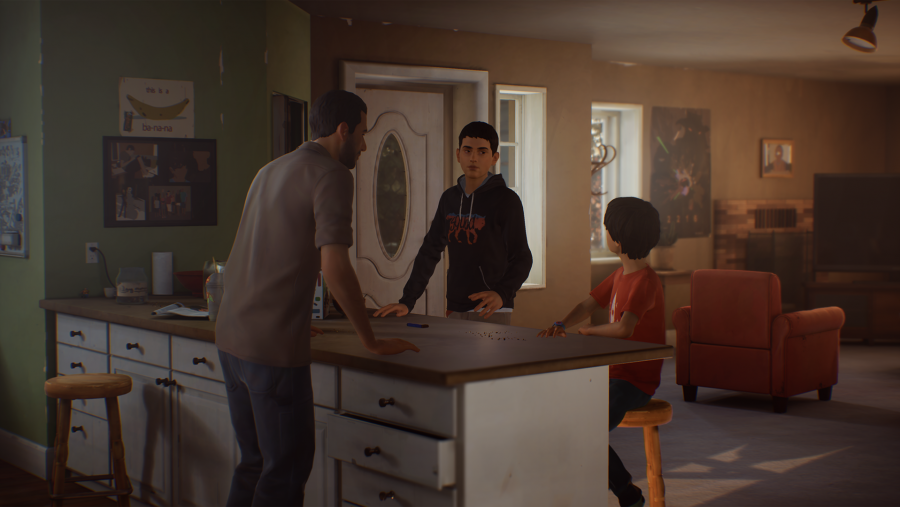 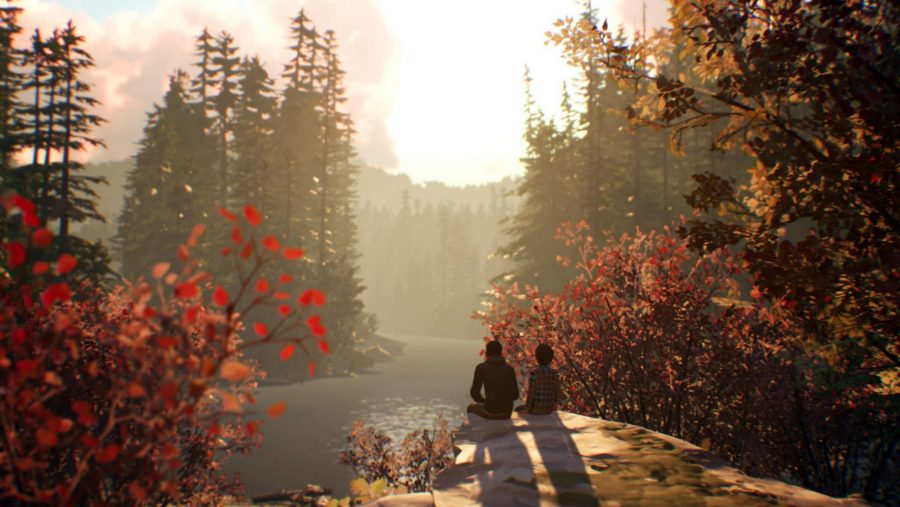 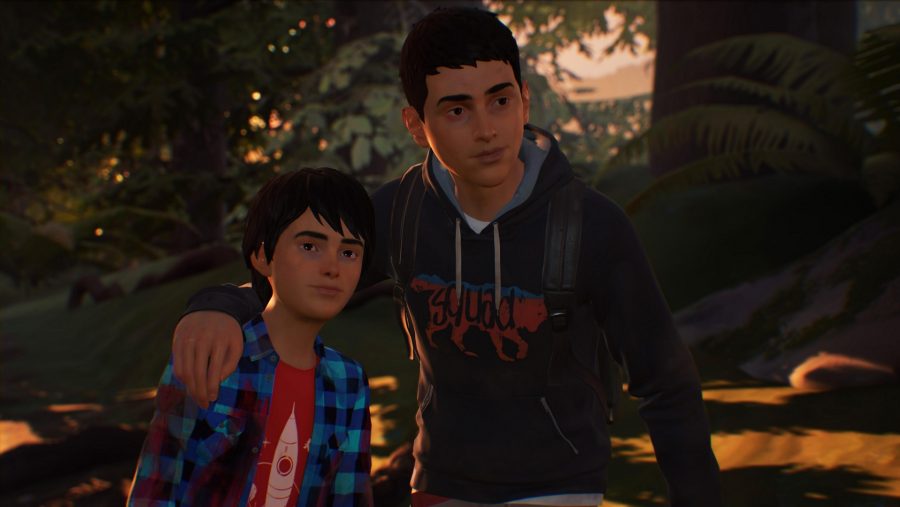 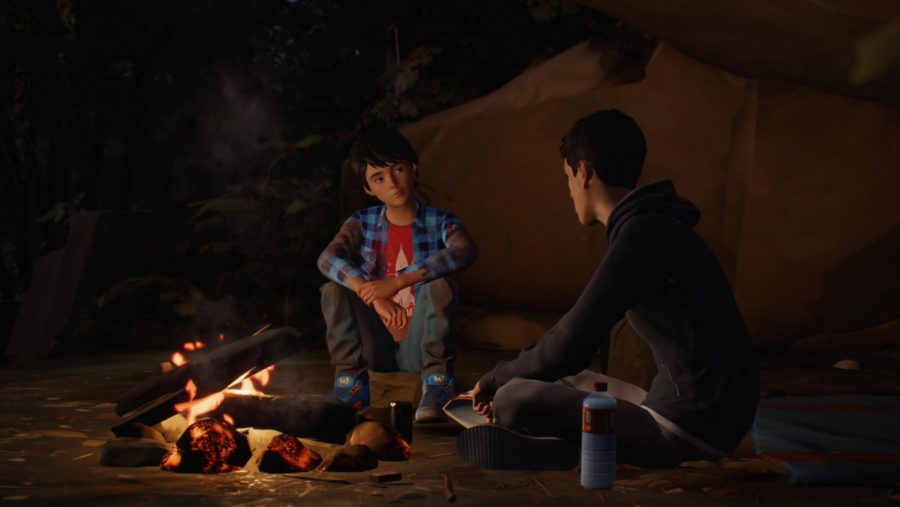 It doesn’t take long before the game’s two Hispanic characters – on the run from the police – discover that the world beyond the city is very different to the one they’ve always known. Seattle might be a Democratic stronghold, but southern Washington is definitely Republican, and Dontnod has tackled that divide head-on. As one character tells Sean, “everything is political,” and that’s a theme you should expect to show up throughout the upcoming episodes. It’s a bold and admirable approach, but there are some moments where it comes off more effectively than others.

When Dontnod announced Life is Strange 2 it also released the free spin-off adventure The Awesome Adventures of Captain Spirit. Set in the Life is Strange world, it follows a young boy as he escapes from his home life into his superhero alter ego. The story contains links to Life is Strange 2.

Life is Strange was a game of twists and turns, a narrative that let you rewind the clock to try to dodge certain events before they happened. It was a game in which you – like main character Max – were always second guessing yourself. This game, like last year’s Before the Storm, has done away with that approach, lending a sense of immediacy to your actions that I really appreciate. Sean is making this all up as he goes along, and he has to contend with not only the consequences of your choices, but what those choices say to Daniel, who’ll change and grow as the game progresses based on what he learns from the actions of his brother.

So far, however, your knowledge of the power at your disposal is minimal – like Max, it’s something you don’t understand, but this time there’s no way to undo your actions, and there’s no Chloe egging you on. Looking back, there’s a sense that Max’s powers brought you to roughly the same place no matter what you did, but in Life is Strange 2 supernatural powers have a monumental impact.

The first episode of Life is Strange 2 struggles to find its feet at times. But rest assured that the same love and attention has been poured into Sean and Daniel as Max and Chloe. I soon felt like I understood them as well as any of the series’ other major characters. It’s very different on the outside, but on the inside, this is still a Life is Strange game, and I’m excited to see what Dontnod does with the wider narrative scope.

Life is Strange 2's first episode goes in a bold new direction that points the series towards current political issues as much as it does human drama. It's promising but a little slow to get going after a thrilling opening scene.