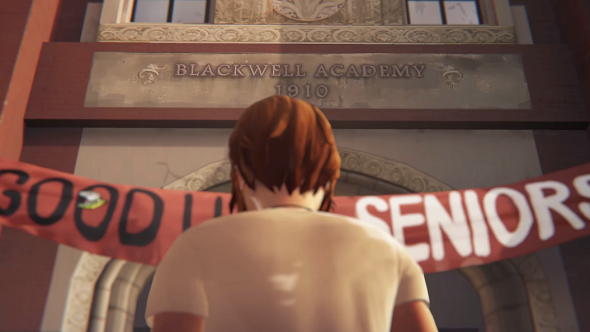 Life is Strange: Before the Storm should have some hella good dialogue. It’ll be super extra, since, you know, the writers aren’t all old men. Like, literally, the team is made up of both men and women, and one of those writers is still in college.

If you’re an ancient relic, check out our list of the best old games.

“We have a team of writers, two men and two women, so diversity in the writers’ team – that’s something we care about a lot at Deck Nine,” lead writer Zak Garriss explains. “I’m the oldest writer, at 35 – our youngest writer is a 20-year-old who’s still in college. We really strive to have multiple perspectives and a culture of open criticism, down to every single dialogue line: does this feel like our characters, is this authentic, is this going to be relatable?”

As for the game itself, they’re not aiming to capture a specific demographic. Despite the age of the main character, they want to capture something more universal: grief.

“It’s not about the demographic. We don’t focus on certain aspects of identity,” Garris tells us. “We focus on issues that are more universal in the human experience. For instance, we’re looking at grief, which is a thing that, regardless of your demographic, your gender, identity, or race, you’ll have experienced that.”

Before the Storm’s protagonist, Chloe Price, will have to deal with the loss of her father and the fact that her mother is moving on, all while juggling her social life and schoolwork. “In Chloe’s shoes, you’re having to grapple with having to go to school while having to watch your mum move on – to be powerless in the way that most young adults are,” Garris explains.

While grief is a very subjective, personal thing, Deck Nine are hoping to capture it in a way where it resonates with everyone, whether in a specific line of dialogue or a single scene.