Let me preface this: I’m a big fan of liquid coolers. I think they look great, they perform well, and they are often relatively quiet. The true potential of these coolers is often masked however, and it’s usually by manufacturer design – proprietary software ruins the entire experience.

Have a cooler but nothing to cool? Here are the best CPUs for gaming.

Very few coolers lack dedicated software, but this isn’t to their detriment – as evidenced by the two softwareless coolers that rank first and second in our best liquid cooler roundup. There are a few features that require software, I will admit. RGB lighting profiles often require some form of software-based controller, and I won’t be the one to rob a customer’s right to a few rainbow LEDs.

The issue lies in the software’s inability to apply consistent and steady fan curves. Of all the coolers we tested, three suffered from erroneous RPM increases that tend to linger a little too long; or simply juice the fans to full whack at a moment’s notice, rendering our ear drums a little worse for wear in the process. The NZXT CAM software is especially guilty of doing what it chooses, when it chooses to. The software misreports stats, forgets settings, and was a nightmare for needless popups regarding CPU temperatures. At least the lighting looks nice, I suppose…

Corsair’s software fares a little better, but personally, a lack of software entirely is the best case scenario. Improvements are being made to the software itself, but fan curves still seem to have a mind of their own. Both the Corsair H100i V.2 and NZXT X62 were excessively loud under load, with the NZXT maxing out the 140mm fans despite their near-silent cooling prowess at low rpm. These are issues that were quickly resolved after knocking cooling control back to BIOS. 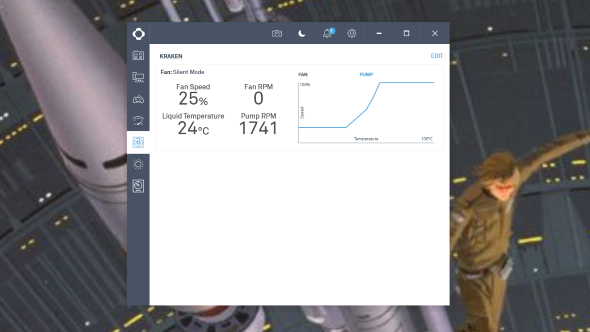 It’s not just performance that suffers, the sheer quantity of cables from some AiO pumps beggars belief. Thermaltake’s Floe Riing 240 requires six cables to connect all the fans to the controller, the controller to the system, and the pump to the motherboard. All to achieve a similar, if not worse, level of control to the onboard BIOS. But the RGB lighting….

It seems most companies want to be the go-to software for RGB lighting control, and who can blame them? There are many options for GPU overclocking, but people tend to sway towards MSI’s Afterburner (which is also great for hardware monitoring) – it’s more second-nature than anything else. The issue now lies in the many proprietary apps, that support few manufacturer’s products, and are unlikely to change this going forward. It’s understandably all about marketing their own products ecosystem first, but it rarely works out as intended for the customer.

Any manufacturer would be pleased as punch to get the same slot for the huge RGB market. Unfortunately, AiO cooler manufacturers weren’t so slow to the trigger this time around – probably because the market for RGBs really is so gigantic – and they’ve all been competing to be the one proprietary monitoring and lighting software ever since. I’ll take the blue pill, thanks. 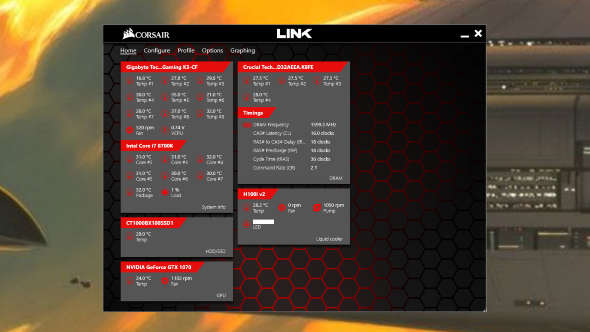 This isn’t another list of reasons why you should choose air coolers over liquid, you can make that decision for yourself based on your build and circumstances. Many AiO coolers aren’t guilty of this cardinal sin, and I couldn’t recommend them enough. Some AiO coolers, however, have a big issue, as their bundled software adds 20 needless steps to a working system, and you really feel those 20 extra steps when the fans refuse to ramp down with CPU temps, too.

It’s not like my cooling woes cannot be fixed by wrestling back fan control from the software, plugging those fans directly into the board, and getting back to gaming – I recommend highly that you do, in fact. You can usually load the software, change RGB lighting, and kill the process with the lighting remaining intact, too. Yet, many users will simply plug in their brand new cooler straight through the steps in the instructions, and will inevitably have to deal with half-baked apps, exceptionally loud fans, and frustrating popups.