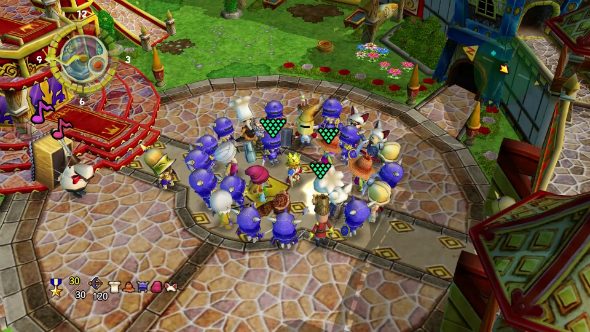 The formerly Wii-exclusive RTS-lite Little King’s Story will arrive on PC August 5 with a HD graphics update and controller support.

If you have a thirst for victory then try your hand at the best strategy games on PC.

With its original debut on Nintendo’s hit console in 2009, Little King’s Story is full of the sort of charm you’d expect from the kid friendly company, despite being developed by third-party studio Cing and Town Factory.

It looks a lot like Animal Crossing and all those calming life simulator games, but pits you as the tiny king of this world, Corobo, who is tasked with persuading townies to go on bloodthirsty campaigns to expand the kingdom.

There’s some resource gathering and fighting and town upkeep sorts of things, so if you ever felt like you’d enjoy Animal Crossing, but Stardew Valley was a little too passive for you then this might scratch an itch.

As well as hot new graphics that didn’t exist when the Wii came out, there are Steam achievements and Xinput as well as DirectInput controller support.