If you’ve played Little Nightmares then the sound of the Chef shrieking as he spots your yellow raincoat slipping into the shadows is probably still fresh in your mind. His pink jowls flapping as he lumbers towards you, outstretched balloon-like hands straining to grab you. It’s like stepping into the bathhouse from Spirited Away, but it’s been drained of colour and injected with rot.

Little Nightmares 2 draws on the same creepy sounds and grimy aesthetic that made its predecessor one of the best horror games, but adds a new cast of enemies and fresh puzzle-solving mechanics. We’re taken beyond the claustrophobic corridors of The Maw – the underwater resort that was the setting for the first game – and into more open surroundings: a dark, vast forest and a towering city, wreathed in mist and soaked in rain. The relief of escaping the eerie Maw is short-lived as the outside world soon proves that it can be just as haunting, whether in the sound of branches tickling the windows of a creaky cabin or the distant crunch of leaves. There are more places to run, sure, but fewer places to hide.

The biggest change, however, is that the first game’s protagonist Six is joined by Mono, another child trapped in the same distorted world. Your new partner is key in those new puzzle-solving mechanics. As Mono, you can take Six’s hand and guide her, avoiding enemies as they search for you, and she can give you a boost to reach higher platforms. You can also call to her with a delicate ‘meep’ that signals for her to catch you and pull you up ahead of a particularly ambitious jump.

Although Mono wears a paper bag over his head, similar to a hooded Six in the first game, his personality soon reveals itself through small gestures. He’s always looking out for Six, which is endearing to see, and it won’t be long before you form a bond with him. This is just as well, because you’ll have to rescue Six a lot. 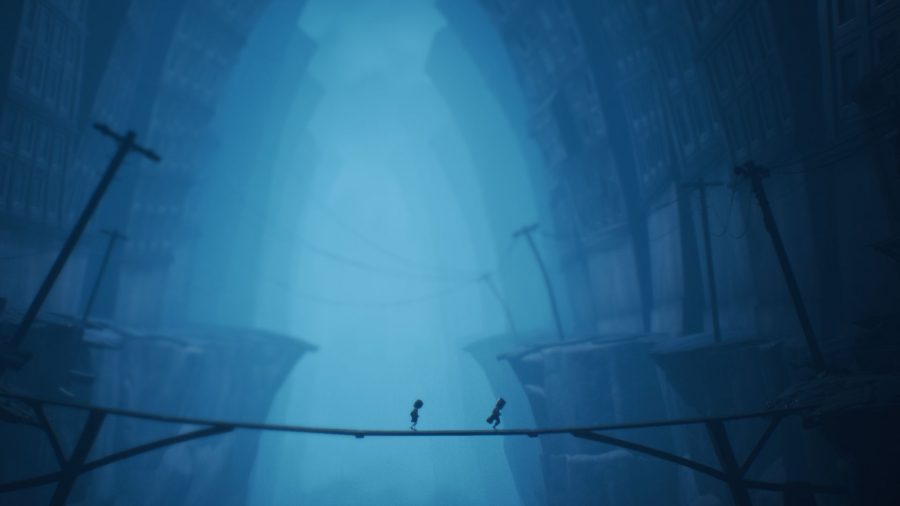 But having a companion does nothing to quell the tension in Little Nightmares 2, and although the company is comforting between climactic encounters, the fact that you’re now responsible for saving both Mono and Six only adds to your anxiety.

It's like stepping into Spirited Away's bathhouse, but it's been drained of colour

The highlight of our time with Little Nightmares 2 though, has to be its suitably nightmarish bosses – these shambling clumps of flesh sewn together to form gnarly, twisted, hungry murderers. Each level features its own boss, and the first we encounter is Hunter, a shotgun-toting creep with a burlap sack over or (for?) its head who scans the forest with a lantern. The next, Teacher, is an unblinking serpentine horror with a neck that contorts around corners ensuring there’s nowhere safe to hide – she’s supported by wooden pupils called Bullies that will attack you at the crack of her whip.

With new enemies comes a sort-of combat mechanic. Basically, you can pick up objects like a ladle or hammer and drag them along the floor to swat enemies out of the way. It’s a tiny bit janky to time the swings of each hit – I missed several blows – and beyond that, there’s not much more nuance or challenge.

Related: Here are the best platform games on PC

At least it’s consistent with the rest of the game: Little Nightmares 2 demands perfect timing in practically everything you do, whether that’s hurriedly seeking a hiding place to avoid the Teacher’s gaze or leaping from a stack of books to the next. Combat is no different. 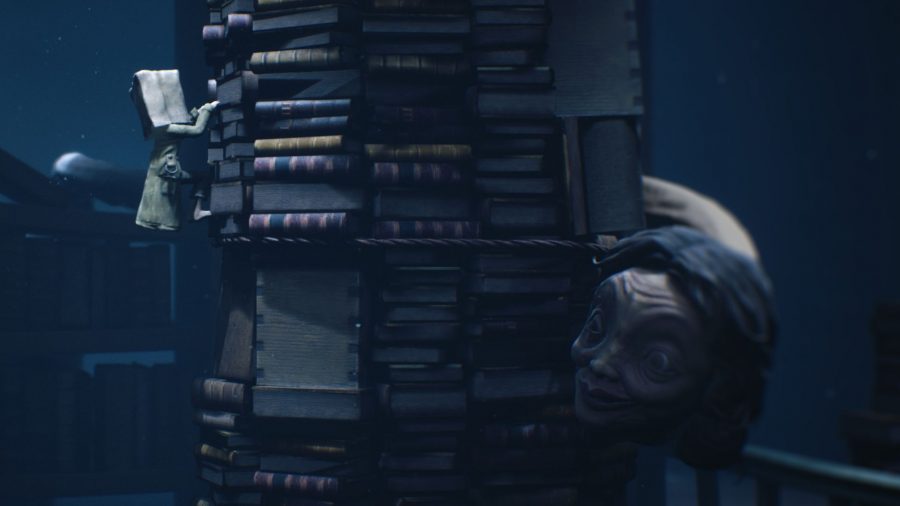 You may find you have to retry scenes a few times over – I certainly did while trying to get to grips with the new additions – and although figuring out the solution to most puzzles isn’t too difficult, executing the necessary manoeuvres can be. It requires patience and restraint, especially as the flight instinct kicks in mid-chase and adrenaline makes your trigger fingers itch. It’s in moments like these that Little Nightmares 2 is at its most tormenting: waiting for the perfect window, heart in your mouth, does far more to unsettle your nerves than simply bolting for the nearest door. But if you succumb to that temptation, you’re dead.

After narrowly escaping the Teacher, I end my journey in Little Nightmares 2 for now. But, like the howls from the Chef as he lurched towards me in the first game, the Teacher’s piercing glare, the glow of the Hunter’s lamp, and the whistle of the rain stays with me long after the preview ends.