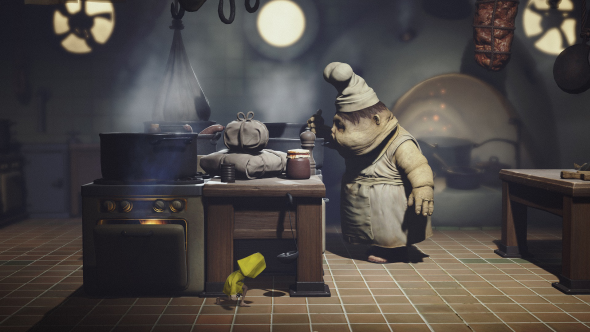 Little Nightmares, this year’s indie hit from Swedish developers Tarsier Studios, is to be turned into a TV show thanks to the Russo brothers; the director duo behind Captain America: Civil War and Winter Soldier, plus the upcoming Avengers: Infinity War.

The brothers will develop and executive produce the series with Dmitri M. Johnson and Stephan Bugaj of DJ2 Entertainment, a company you’ll be familiar with if you’ve been following the news on the Life is Strange TV show.

Importantly, director Henry Selick is onboard to direct the pilot and possibly other episodes. Selick previously directed A Nightmare Before Christmas, James and the Giant Peach, and Coraline; all stop-motion films with a distinct style that were probably a huge influence on Little Nightmares’ art direction.

The deal appears to only have recently been struck, and so it’ll likely be awhile before the show appears. With Selick directing it’s also possible the show will be stop motion, which will mean a lengthy development process. Basically we’ve no idea when to expect it, but it sounds like it’s on-track to be pretty great.