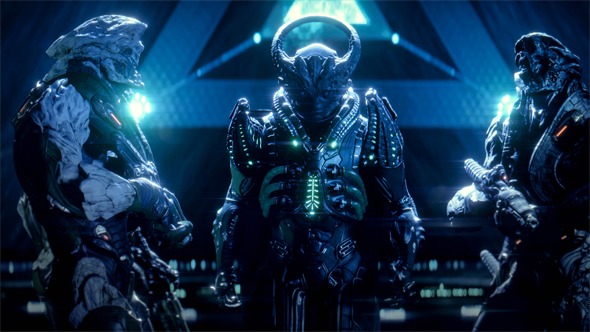 Mass Effect: Andromeda’s corner of the next galaxy is vast, sprawling and immensely complex. But Occasionally, confusion can reign as effectively as The Archon. And not everyone has the benefit of an illuminated keyboard and mouse giving vital feedback on in-game events (think Logitech G’s limited edition gaming peripherals).

But anyone equipped with Logitech G’s limited edition Mass Effect: Andromeda PC gaming gear (including custom keyboard, mouse, headset and mouse pad)—complete with gorgeous Andromeda Initiative designs and customizable lighting and features—is already at an immediate advantage in the game. 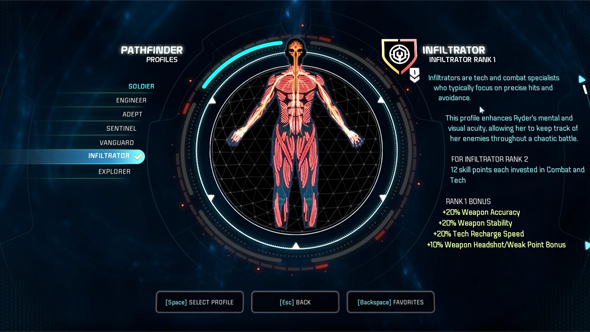 There are five planets you can settle – but it’s not guaranteed you’ll be able to. The key is, of course, to jack up the Andromeda Viability Points (AVP), but some actions pay off harder than others. Make sure to explore the Remnant vault for a 40 percent viability boost. It’s part of the main quest on some planets, but not all – if it’s not, go looking for it. Next, establish an outpost for a further 20 percent. You can’t do this straight away, but make sure you do when you can.

It’s not like you’re short on side missions, but it’s important not to ignore them completely. You need the XP, and some bosses are truly murderous if you just mainline Priority Ops. Some of the best side missions, with some of Andromeda’s best writing, are found in emails. So ignore all those needy bystanders and check out your inbox instead. 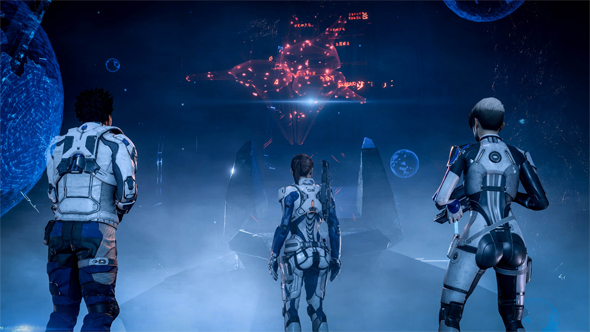 Whatever you plan to specialize in later, there are a few powerful skills you should invest in right away. Combat Fitness boosts your baseline health, shield, weapon load and clip size stats, and is invaluable in making you tougher and more effective. For offense, Singularity enhances most ranged attacks for a huge damage boost, working brilliantly against enemy clusters – and even bosses. For defense, Barricade both protects you and buffs your shields, and if upgraded gives damage bonuses.

If you orbit and scan a planet and find no anomaly, move on – you can never land. But if you’ve landed somewhere once and interacted with monoliths or vaults, it’s worth going back later. You’ll find new locations and (surprise) side missions have emerged.

The Right Gear on Hand 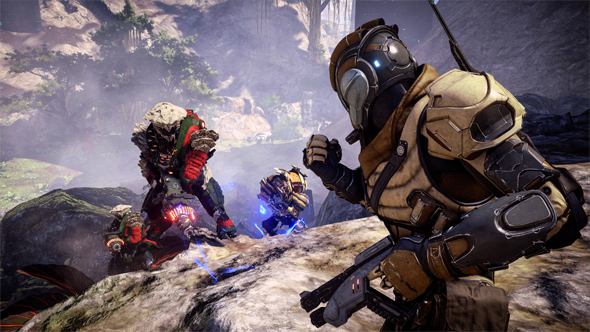 Switching weapons and armor can be problematic, but you have several options. The most obvious is when landing, via the Loadout screen, and again before a big fight ending a Priority Ops mission. Note it’s also possible at Forward Stations and even some Research Stations, however, as well as in the airlock on the Tempest. Armor and civilian clothing can be customized via the wardrobe in your cabin.

If you don’t like your skills, head to the medbay on the lower deck of the Tempest and find the Re-Spec station. For 20 credits you can wipe all your skill choices, get back all your points and spread them around in a better way. Just make sure it is better – it gets more expensive each time.

You can customize your six-wheeler Nomad, or at least give it a more exciting paint job. Perhaps the best of the bunch is Blood Pack, a gorgeous metallic crimson. Find them for sale on the Nexus. And tell them we sent you.