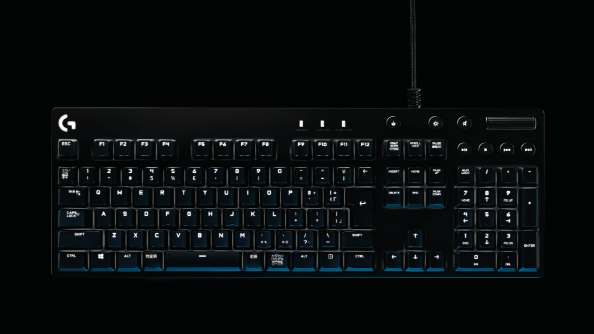 Two new models join Logitech’s mechanical keyboard range with the announcement of the G610 Orion Red and Brown variants. The colours in their names refer to the Cherry MX switch type they’re built with, red switches offering a smoother action and brown delivering that tactile click with every key press.

The world and his wife have mechanical boards by now, but what I like about these two new models is that they’re big enough to house media controls (including a meaty volume scroll wheel), but still restained visually. Gone are the days of sitting before some godawful facsimile of a space ship’s controls, with a pulsing tribal logo in one corner and a wrist rest big enough to land a light aircraft on.

Got the board sorted? Head over to our best PC gaming mouse guide to complete the other half of the equation.

These two new G610 boards differ only in their mechanical switches – elsewhere they’re specced identically. Both feature media controls including play, pause and mute keys, a volume roller and a skip function.

It sounds like a minor addition, but it’s surprising how many expensive mechanical keyboards come to market without these. Having to press a function key and F8 just to mute the volume on a keyboard that’s more interested in bizarre, cascading LED light patterns is becoming a pet peeve of mine.

Speaing of lighting – these G610 boards are fully LED backlit, and the colours are customisable via Logitech’s own Gaming Software (LGS). At least the press images show them in a nice, tasteful white though, rather than the usual dizzying rainbow of RGB garishness: 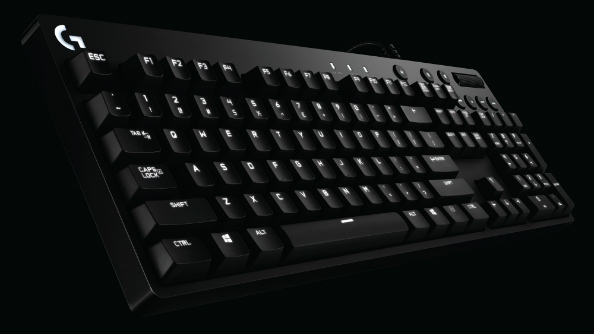 In terms of size and features, the G610 boards fit logically enough between the G410 Atlas Spectrum and G810 Orion Spectrum, and much more compact than the G910 Orion Spark, which to this writer’s eyes features all the sins mentioned above, but nontheless offers a plethora of gaming features.

It’s not an MMO-focused board and thus doesn’t feature a dedicated macro bank, its likely application instead falling in with shooters. US pricing hasn’t been confirmed by Logitech yet, but it’s available for £104.99 in the UK. More info’s available via Logitech’s official site.