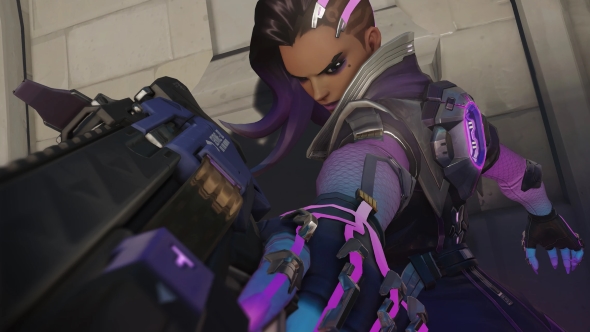 It’s not easy being a pro gamer. Obviously it’s hard to resist the allure of playing with the best gear and winning big cash prizes, but just look at the flip side. You might enjoy a long Dota 2 or Overwatch session, but can you really face the prospect of having to practice with it all day, every day? And can you deal with the fact that by the time you hit 25 you’d probably be past it, your lightning reactions no longer able to match the performance of your teenage opponents?

The pro gaming life really isn’t all that, but that doesn’t mean you shouldn’t enjoy some of its trappings. If you’re at all serious about your gaming then you’ll want to equip yourself with the best gear, and one part of everyone’s gaming setup that often gets overlooked is the keyboard.

If you’re making do with the cheap piece of kit that came with your PC, now’s the perfect time to upgrade your system with Logitech’s G810 Orion Spectrum gaming keyboard. It’s a serious piece of pro gaming gear, packed with amazing features but without the eye-watering price tag.

What makes it such an essential upgrade? Like the best gaming keyboards, the G810 has mechanical keys, but unlike the rest it doesn’t use standard Cherry MX switches. Instead Logitech has developed its own mechanical switch, the Romer-G, and it’s this that gives you an immediate advantage.

Romer-G switches actuate up to 25 percent faster than the nearest competitor, providing you with a competitive edge, every single key press. If you break it down, the short travel in Romer-G switches can gain you more than a millisecond over standard mechanicals, and up to around four milliseconds over ordinary keyboards with rubber dome contacts in the keys. And when the pace is hot, those milliseconds can mean the difference between life and death.

You can be sure that the G810 Orion Spectrum won’t flake out on you mid-game, too. Romer-G switches are tested for 70 million keystrokes, making them up to 40 percent more durable than standard mechanical keyboards and ensuring that the G810 will keep on going for years. And they’re not only durable, they’ll also help you play for longer; their low-force 45g actuation requires less effort from you for every key press, so your fingers will be able to keep on going while your opponents are starting to get a little stiff. 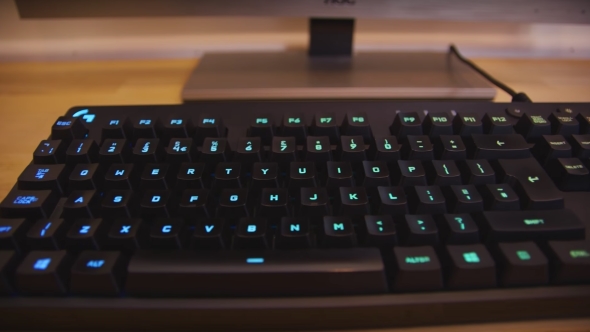 And the G810 Orion Spectrum won’t just help you play better and longer; it also looks the part, too. Its matte surface won’t gather fingerprints, it has a braided cable to stop it getting knotted up with all your other cables, and most eye-catching of all is its dazzling RGB backlighting.

Powered by surface-mounted LEDs and Logitech Gaming Software, the G810’s backlighting is bright, colorful and entirely customizable. You can set every key to any of 16.8 million color, you can have it display animated multicolor flourishes or twinkling effects, and with profiles for over 300 top games included with Logitech gaming software, you can have just the controls you need lit up to ensure you never fudge a command.

Logitech Gaming Software also allows you to set up complex macros for each game, enabling you to unleash special moves and combos at the touch of a button, and the G810’s 26-key rollover means that you can press almost any number of keys in any order and get exactly the results you wanted.

For that final touch, the G810 Orion Spectrum also has a set of dedicated media controls, enabling you to manage your soundtrack without having to quit out of the game. With them you can mute, pause and skip tracks, as well as adjusting the volume with the easy-access roller.

It all adds up to a lot of pro gaming performance with plenty of luxurious extras, with the added bonus of affordability. Mechanicals might have a reputation for being incredibly expensive, but the Logitech G810 Orion Spectrum can be yours for just £111.99/$159.99 with shipping included. Order now and give your gaming exploits that professional edge.