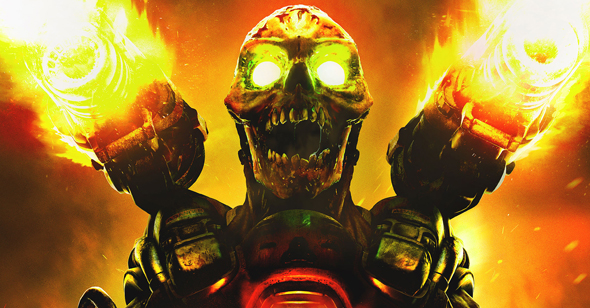 The god mode was once a fairly common gaming trope until developers got all serious on us and decided they didn’t want players running amok in their gaming worlds without consequence. Accessed either by an in-game power-up or a secret sequence of button presses, god modes give you a unique angle on a familiar game where normal rules don’t apply, with invulnerability, infinite ammo, and god-like powers lavished upon you.

And you can never have too much power when you’re gaming. That’s particularly true if you use a wireless mouse. Everything’s fine once it’s fully charged, but it’s not long before doubt starts to creep in: is the charge getting a bit low? Is it going to run out in the middle of a game? Worrying about your charge level can put you right off your stroke, and charging just to be on the safe side robs you of precious gaming time.

With the Logitech G PowerPlay Wireless Charging System, such worries become a thing of the past. It’s the world’s first wireless gaming mouse charging system: the mouse mat, in the form of the PowerPlay base, becomes your source of infinite power as wirelessly transfers power to the PowerCore module in your mouse, regardless of whether you’re playing or not. Compatible with Logitech’s G903 and G703 gaming mice, it’s a revolutionary innovation that will change the way you play forever.

How can you set up your games to match the infinite power that you’ll have at your fingertips, though? Plenty of games either deliver incredible power-ups that ramp up your abilities for a while, or even better, feature secret god modes that, at the very least, make you invincible and often give you additional abilities on the side; here are ten of the best. 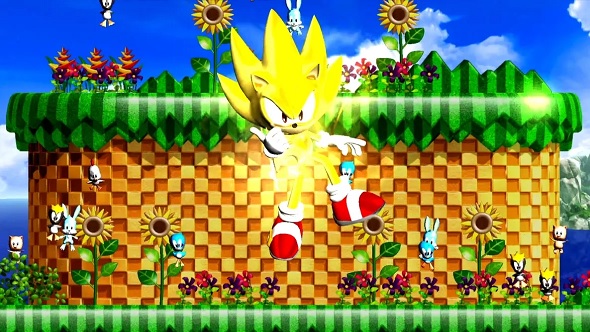 While Mario’s Super Stars are instantly recognisable, maybe even iconic, you might be hard pushed to remember the way in which Mario’s erstwhile arch-rival, Sonic the Hedgehog, earns a similar portion of invincibility. Like most of Sonic’s power-ups, you earn it by smashing one of the monitors scattered throughout the game world, and in this case, you’re looking for one with a little sparkly pattern on it. For a more impressive portion of enhanced power, look to Sonic the Hedgehog 2; in that game, after collecting all seven Chaos Emeralds (no small achievement) you earn the ability to become Super Sonic – taller, faster, invulnerable, spikier, and gold instead of blue – by grabbing 50 rings. The downside? Super Sonic mode consumes one ring per second, and once you run out, you revert to plain old Sonic. 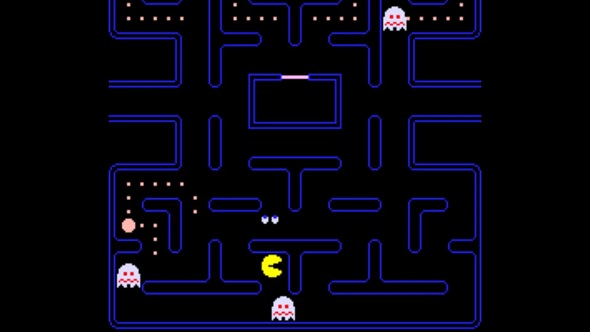 In Pac-Man, the odds are against you from the start. You’re trapped in a maze with no way out other than to eat up all the precious dots to move on to the next maze and start the task all over again. All this while you’re constantly pursued by four ghosts who can kill you with a single touch and who never stop coming for you. Being completely outnumbered by implacable spectres makes those moments when you grab a power pill and turn the tables on them all the sweeter. The hunted becomes the hunter: those cocky ghosts flee in terror, and it doesn’t even matter that they quickly come back to life, because that means you can do it all over again. 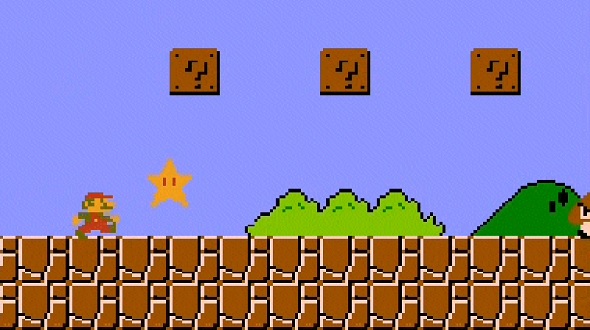 The Super Mario Bros. games have always been about the power-ups, as they start you off in a decidedly un-super state and force you to grab a vitalizing mushroom straight away. Each offers you a vast assortment of more fun and exotic power-ups along the way, too. The crowning glory of ultimate power in the Mario universe, though, has always been the Super Star. These grant Mario – or, indeed, Luigi – temporary invincibility and the opportunity to rack up loads of points and extra lives, all accompanied by one of the jauntiest tunes in videogame history. 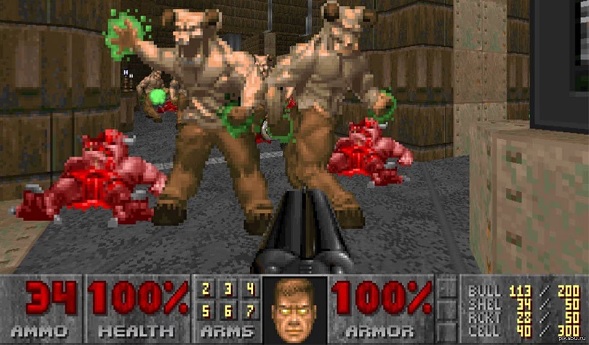 If any one game can be said to have truly nailed the concept of a god mode, it’s id Software’s original Doom, from 1993. It features an in-game pick-up that grants the player 30 seconds of invulnerability (as well changing the display to negative monochrome), but the real fun starts if you simply type ‘IDDQD’ and enter god – or degreelessness – mode, making you as close to completely invincible as makes no difference, and giving Doom Guy’s face in the status bar glowing golden eyes. The 2016 reboot avoided an actual god mode – they’re just not as popular with modern developers as they used to be – but added something almost as good in the ability to become a demon and unleash its ungodly powers. 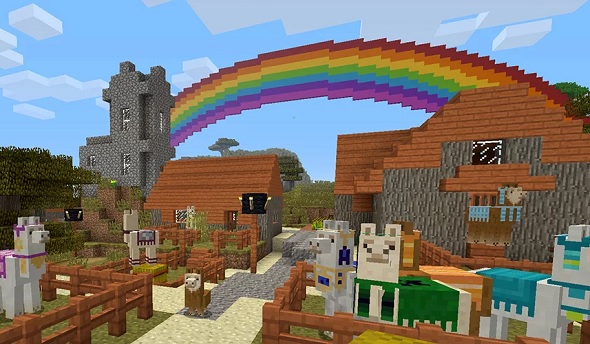 Let’s be blunt: as a game, Minecraft doesn’t quite work. For all the tense moments that see you loaded up with great gear miles from home when a creeper suddenly appears out of nowhere, there’s a lot of time spent just digging tunnels and waiting for something to happen. And that’s fine, because as we all know, the real fun to be had in Minecraft is in its creative mode, which is as good a god mode as you’re likely to find. You can fly wherever you want, you’re completely invulnerable, and best of all, you can conjure matter out of thin air, in defiance of all the laws of physics, and then use it to create whatever you want. Or, of course, to destroy anything you want, too; such are the temptations of ultimate godly power. 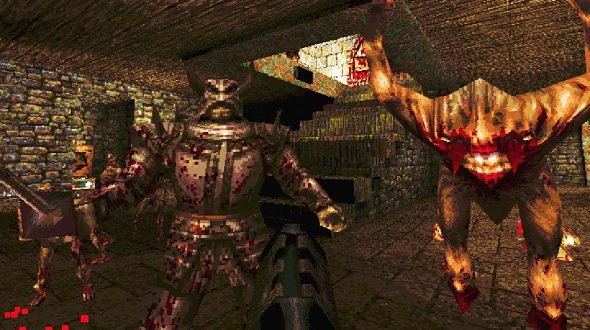 It was a bit of a disappointment, when Quake was released in 1996, to discover that it didn’t have a god mode cheat. However, it turned out that it didn’t need one; the combination of the Quad Damage and Pentagram of Protection could briefly turn you into an unstoppable force of ultimate destruction, and it had something better in the form of the console, which you could pull down at any time in the game and type in your own commands. Awarding yourself invincibility was just part of the fun. You could give yourself all the weapons and ammo you needed, as well as the ability to fly and to move through walls, and you could even change the gravity on each level. You could also set up aliases to unleash a string of commands in rapid succession – particularly useful if you couldn’t get the hang of rocket jumping manually. 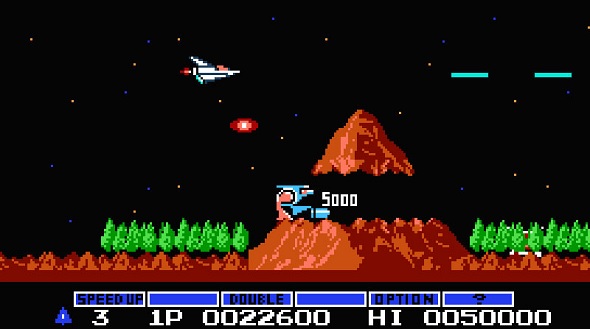 Not so much a god mode as the god of all cheat codes, the Konami Code – Up, Up, Down, Down, Left, Right, Left, Right, B, A – was first created by Kazuhisa Hashimoto to help out testers during development of Gradius for the NES, giving them a full set of power-ups and making it easier to get through the game. Hashimoto forgot to remove it before release, players discovered it, and a gaming legend was born. The code was included in Gradius sequels – with occasional differences – and then started appearing in other Konami games. The list of Konami titles featuring the code is immense, and it’s even made it into a raft of non-Konami titles, not to mention websites, where it’ll activate an easter egg. It’s also appeared in numerous TV shows and the movie Wreck-It Ralph. Truly god-like. 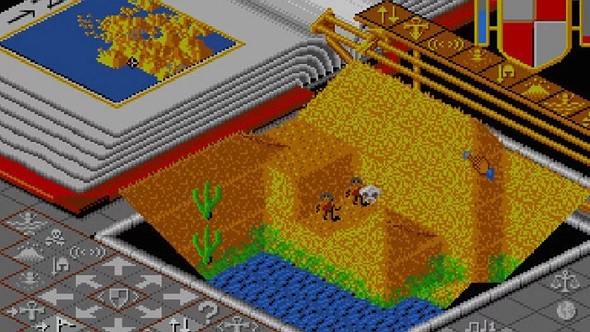 Why make do with a god mode when you can have an entire god game? Peter Molyneux’s Populous is generally accepted as having invented the genre. It casts you in the role of a deity and challenges you, over the course of 500 levels, with the task of shepherding your followers from lowly tribe to an all-conquering civilisation through means of direction and manipulation, and with the option of good old divine intervention when necessary. It turns out, though, that godly power isn’t quite what it’s cracked up to be: your powers are limited by the amount of mana you have, so you have to ensure you get increasing numbers of followers in order to keep your mana level topped up. Populous proved to be a smash hit, spawning sequels, as well as inspiring Molyneux’s later games, such as Dungeon Keeper, Black & White, and Godus. But the less said about the last one the better. 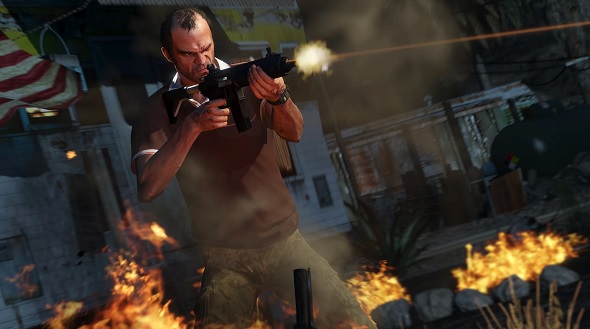 It’s hard to run out of things to do in GTA V, but if you want to spice things up a bit the game features a wealth of cheat codes that you can either activate through a sequence of button presses or by pulling out your phone and dialing secret numbers. There are plenty of codes for getting your hands on vehicles and weapons without going to the trouble of stealing or buying them. But there are more exotic options too, such as a super jump – the ability to launch yourself into the sky for a bit of instant freefall – low gravity, and drunk mode. But what you really want is the five-minute invincibility mode, giving you the opportunity to rampage through Los Santos without getting wasted. Use them wisely, though; you can’t earn achievements while they the cheats are active. 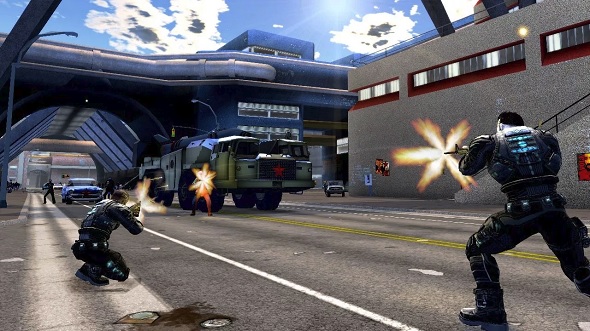 Crackdown’s another game with an enormous city to explore and plenty of vehicles and guns to play with, and where things can become a lot more fun if you grab the Keys to the City DLC. With that installed, Pacific City becomes your playground with all manner of fun options for wreaking havoc at your fingertips. Top of the list is its god mode, which not only makes your agent completely invulnerable, but also whatever vehicle you’re driving. You can also award yourself unlimited ammo and then set the game to turn the Agency against you endlessly for non-stop carnage. What you’ll really want to do is activate spawning mode so you can place any object you like, wherever you like. A huge tower of exploding barrels? Yes please.

Want to win an amazing new Logitech GG903 mouse and PowerPlay wireless charging system? Head here for your chance to win and learn more about the ultimate in wireless gaming performance, design, and technology.