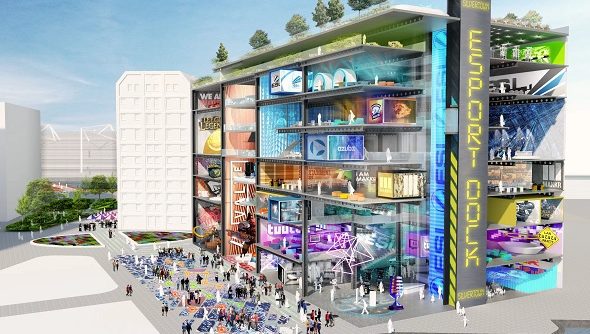 I am standing in the middle of a barren, 62-acre industrial site in East London’s famous Docklands. The shell of Millennium Mills – a derelict flour mill – towers above me, while across an empty stretch of grassy land I can see the top an old grain storage facility called Silo D. The space is dead silent, save for the revving of a van leaving the site through a pair of metal gates and the occasional clink-clank of the nearby DLR train line.

Not exactly what springs to mind when you picture a European centre of esports.

Hoping to become an esports pro yourself? Get started with the best League of Legends champions for beginners.

And yet, that is exactly what The Silvertown Partnership, a group of property developers, want to create here. Alongside 3,000 homes, heaps of office space, and waterfront restaurants will sit Europe’s largest esports ‘hub’ – a 300,000 sq ft building dedicated to competitive gaming complete with arena, player lodging, and fan zones. 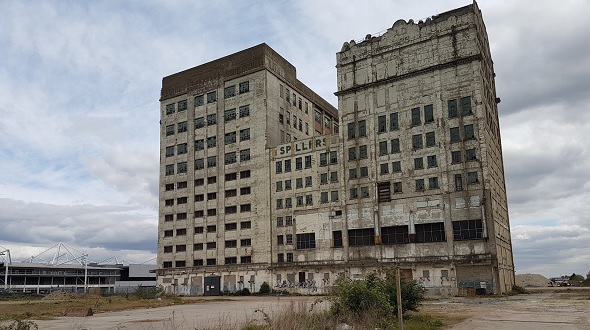 Property developers First Base’s head of brand, Ben Reed, who is leading the thinking on the project, has visited venues all over the world to find inspiration. He tells me that a two-deck 2,500-seater arena will sit at the heart of the building. “It will be one big amphitheatre, like a mini version of Rome’s Colosseum with boxes all the way round for teams and testing areas.” While that will not be large enough to host some of the biggest tournaments – ESL Cologne this year attracted 15,000 fans, for example – Reed says it will be able to accommodate the vast majority of esports events.

London has hosted esports tournaments in the past: 12,500 fans packed into Wembley Arena in 2014 to watch League of Legends, while the Olympic Park’s 7,500-seater Copper Box Arena hosted Gfinity 3 in the same year. But Reed says that fans, teams, and event organisers want a dedicated venue that purely caters to gaming, which is what the Silvertown site will provide seven days a week. “If they took somewhere like Alexandra Palace or the Copper Box, they’re going to have issues with bringing stuff in, or somebody’s got a gig at the weekend. We’ve heard from the industry that they just want to keep their kit in a static location.” 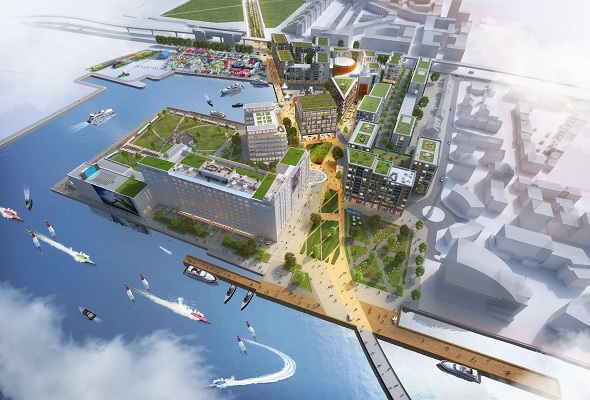 There is another esports-only facility in London: the Gfinity Arena in Fulham, West London. It only has a capacity of 600 and it is housed within a Vue cinema, itself tucked away in a shopping centre. I have been there and found that the atmosphere is good enough, but it is hardly the most glamorous of settings. Silvertown will be far flashier and roomier.

Commentators will cast matches from studios, players will have dedicated space to prepare for matches, and teams will stay in hotel-style lodging during tournaments, complete with hot tubs. Training space will not be limited to teams competing in tournaments, though. Reed wants an academy where budding talents, particularly local children, can improve their skills. “There’s going to be loads of training academies around, it will be like the FA, there will be ten in London,” he predicts. 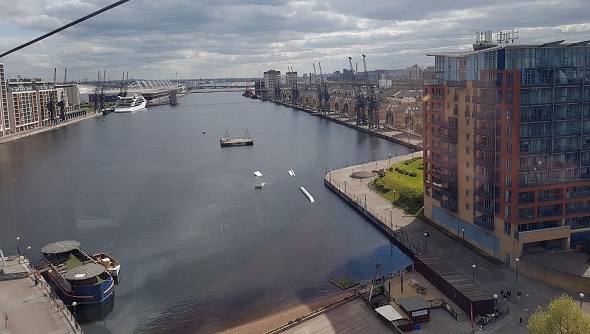 The building will be packed with places that fans can buy food and drink between matches, too. “Fans are drinking five or six pints a day, so you want food and beverage. We might have a McDonald’s pop-up, or a groceries pop-up, and that will be on the ground floor.” Reed hopes that ground floor will be somewhere fans will want to go even if there there is no match on, with shops selling tournament merchandise, games, and hardware.

To this end, The Silvertown Partnership is in late-stage discussions with a VR company that wants to take space on the ground floor. “They will showcase hardware – HTC Vive would pay them to showcase the hardware to businesses, but consumers can come along and [try out] those products too. So instead of playing mini golf for a couple of hours you come along and put on a VR headset for a couple of hours.” 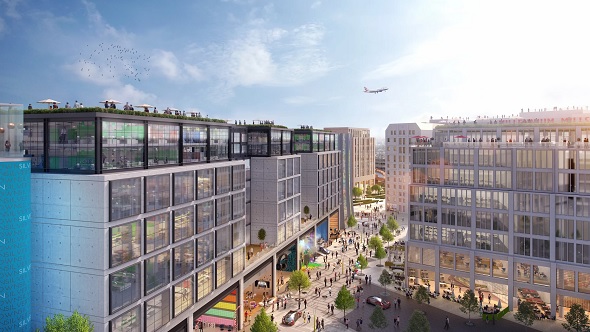 Above that open, ground floor will sit the arena, training space, and offices for companies involved in esports and gaming. Reed mentions the likes of Twitch and Epic Games as the kinds of companies that could locate here, and says it is likely that a single, large organisation will act as the “glue for the building.” That will probably be a company that organises multiple tournaments (like ESL), a videogame publisher, or a single esports organisation like Fnatic that has teams across various sports.

The location seems like an ideal home for Cloud9, London’s team for the upcoming Overwatch League that will see teams travel around the world to compete. Is Reed talking to Cloud9 about hosting their matches in Silvertown? “We are speaking to all the major UK teams,” he says, giving nothing away. 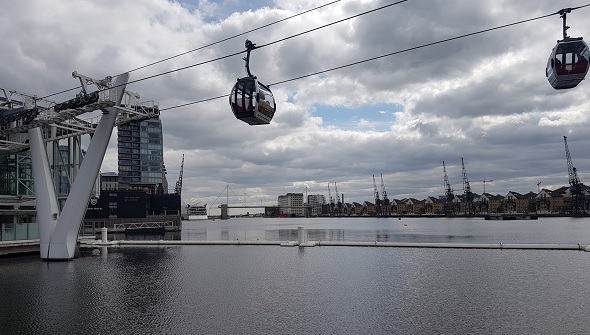 Reed’s plan is still coming together. The building is likely to contain game developers, publishers, broadcasters, and others, alongside having more quirky uses. “Gillette might want to do a brand experience, a six-month occupancy, Red Bull might want to do some events here. And then you’ve got less obvious ones, multi-channel networks need broadcasting studio space too. We’re building relationships, we’re shortlisting people, but we can’t close the list because there’s so many interesting things happening.”

We still don’t know yet exactly which companies will fill the new esports hub in London’s famous docks. But what we do know is, I think, enough to get excited about. If Reed and the rest of The Silvertown Partnership get this right then they could well be building the new home for competitive gaming in the UK.