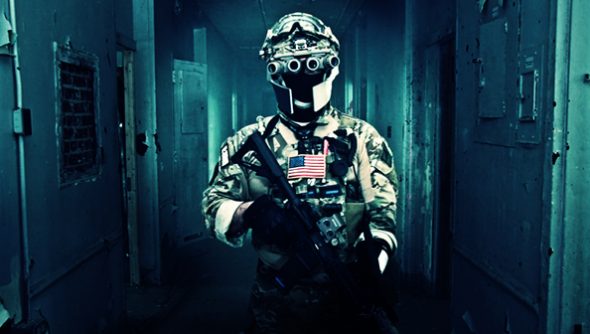 I’m supplementing my excitement for Takedown: Red Sabre with a higher than usual dose of apprehension. If you’re anything like me, you took to tactical shooters during the last generation or so, just as they were dwindling, and are delighted to see them emerge anew via Kickstarter. Only Takedown promises to be many times more tacticular than anything in Rainbow Six: Vegas or Ghost Recon Advanced War, and I’m a little scared.

I feel exactly the same way about H-Hour: World’s Elite, the PC shooter from the creative director of the early SOCOM games, Dave Sears.

Designed as a spiritual successor to SOCOM, H-Hour will explore an alternate route to that which the series eventually ended up taking into Uncharted territory. It’ll be a team-based multiplayer shooter in first- and third-person, with six maps, four modes and clan support.

Sounds a little basic – but after hearing Sears describe it, I’d probably call it laser-focused instead:

“We’re not here to simply deliver the past in a prettier package,” he said. “We’re building the spiritual successor to the early SOCOM games from the ground up. H-Hour: World’s Elite is immediate, realistic, multiplayer-oriented and team-based.

“It is an experience directly inspired by the SOCOM series because those games were the starting point. H-Hour is several miles down the road that we travelled with SOCOM, the kind of shooter that SOCOM would have become if I had continued to helm the series beyond the second release.”

Would-be developers SOF Studios have just finished a Kickstarter campaign that has seen H-Hour garner $252,662 in total – more than $50,000 over its asking price. As such, they’ll be entering production on a “near vertical slice” immediately. After that, they’ll make the full game.

In first-person view, H-Hour will give you just a reticule, and adjust your field of view to ensure you feel “in the shit”. It’s that sort of thing. Do you think it’s your sort of thing?