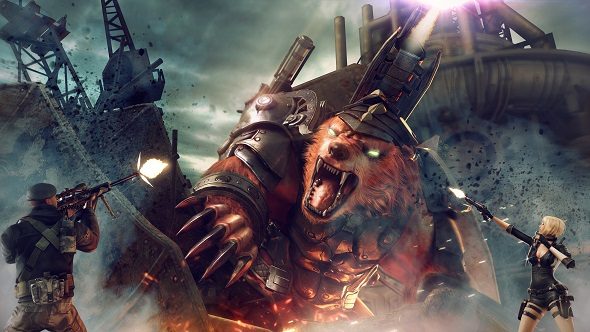 In accordance with new Chinese online gaming regulations which are set to come into force on May 1, game publishers are now beginning to release the odds of earning in-game items from loot boxes. The first game to have odds released is the first person shooter Crossfire, which is published by Tencent in China.

Need a new multiplayer fix? Have a browse through our list of the PC’s best multiplayer games.

This information comes via Daniel Ahmed, analyst at Niko Partners who highlighted Tencent as the first company to release their loot box odds.

In accordance with new regulations, Chinese game publishers are now listing the probability of virtual items such as loot boxes.

Unless you can read Mandarin, the table of stats won’t mean that much to you but what is clear is just how low the odds are for these loot boxes. With the highest chance to pull an item being a paltry 3%, this odds list shows just how much of a gamble it is to pull items from in-game loot boxes.

The actual reason as to why these loot box odds are being released is due to new regulations released by the Chinese Ministry of Culture, which is supposed to curb “illegal content” being sold by game publishers. As part of new regulations, not only will companies have to publish the odds of loot boxes for every game sold in China, but a payment limit will be imposed on Chinese players, alongside each loot box payment requiring two-step authentication to complete a purchase.

These regulations also affect live-streaming, with streaming services like Twitch having to apply for an ‘internet culture’ licence in order to continue operating in China. Chinese streamers will also have to self-police their content, in order not to show any content which is either immoral or vulgar.

At present, Crossfire is the only game which has released their loot box odds but as we approach the May 1 deadline, expect more game companies who publish games in China to release their odds. We may finally know how hard it is to pull a Legendary Overwatch skin.