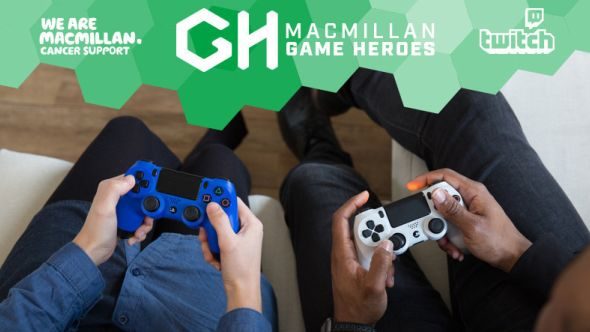 If there’s one thing I’ve learned about Twitch, it’s good for supporting charity. From speedrunning marathons to random acts of kindness, strangers will happily donate to see games beaten, messed up or otherwise played in the name of a good cause. Over the weekend, Macmillan cancer support (a charity dedicated to helping those who have been diagnosed deal with it) raised £29,151.38 – and rising – with a batch of simultaneous 24 hour play sessions.

The main stream, ran from Twitch UK HQ, featured a huge series of games, forfeits, teams to bet on and no small amount of pain for those involved. All for a good cause. Here’s the first part of the archive, which was split into three due to the evils of broadcast technology.

The rest of them are on the Macmillan Twitch channel.

The rest of the money came from individuals running similar 24 hour sessions, with donations from whoever wanted to. You can see a list of those over on the official site, with multiple users over the £300 mark. Donations are still coming in, hence why the total is not yet locked. It also doesn’t include the £10k from the Twitch live event.

More info on Macmillan themselves right here. There’s a big ol’ donate button at the top if you want to help out.