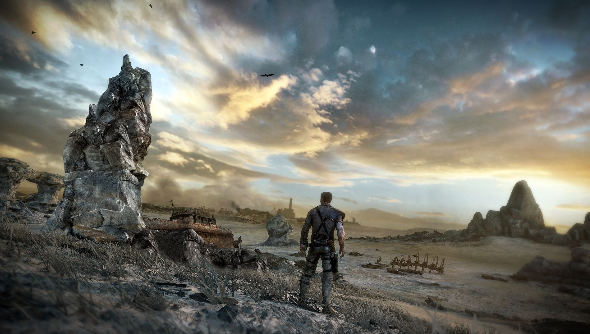 There’s always got to be a reason for the apocalypse. It’s either nuclear war, alien invasions or Roland Emmerich pretty much every time. Yet the best apocalypse fiction leaves the reason for devastation out of the picture. Just take a flick through Cormac McCarthy’s The Road, or watch the Mad Max films for proof. The fact that this sense of mystery is key to Mad Max’s appeal is something game developer Avalanche Studios is taking seriously for their game interpretation of the Australian fiction.

Senior Game Designer Emil Kraftling has been chatting to AusGamers about Mad Max, and has explained that the game won’t break away from the vision of original creator George Miller. Players will know that the world is a very different place now, but will have to let their imagination fill in the blanks as to why.

“Obviously we want to maintain that sense of mystery about what has happened in the world, and what is the history of every place that we visit,” said Kraftling. “And while some of it is things that we have explained in development — either on our own or through the consulting with George Miller — while we know it, we don’t spell it out to people, but it affects how certain areas are constructed and what we find in certain areas.”

“There’s a lot there for the players to discover if nothing else. They won’t get the answer, but they will be able to look at a place and start thinking about how it came to be like that.”

As you travel through Max’s world you may come across some interesting looking rocks protruding from the sands. But rather than mere stones, they are clues to the old geography of the earth. For example, the Great White location is more than just a desert: “It’s the old seabed, and there’s all this trash and the treasures of the old world that were buried at the bottom of the sea that is now exposed, or semi-exposed,”said Kraftling. “That’s a really interesting location to be in and explore, and see all of these things that when you first come across them, you might be like ‘oh, this is an old rock’, and then you realize what was here before was maybe a reef, or something that was very different in the old world than it is in this one.”

“There’s a lot of interesting stuff there for us as developers as well as for players, and what we know and what the players know will not necessarily be the same,” he added. “In some instances, I know myself that we have some stuff in the world, and it’s not described anywhere why it is how it is, but I’m making educated guesses as to why it is this way.”