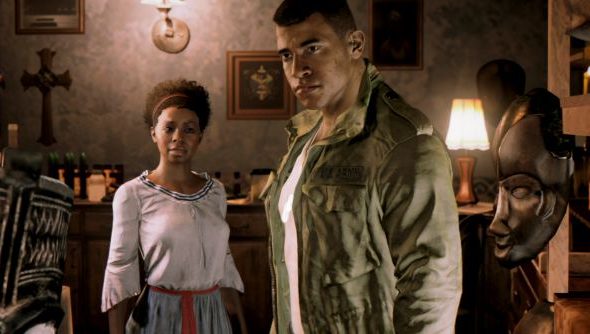 There’s really no getting around it, Mafia III is easily the most charged triple-A game in development. Set in a fictionalised 1960s New Orleands called New Bordeaux, it deals with everything from the ongoing Vietnam war, to mob violence and every sort of racism. Most notably that which was directed at African-Americans during that time, including main character Lincoln Clay. Games, historically, haven’t been the best at this sort of storytelling, so how are Hangar 13 handling it?

Here’s everything else we know about Mafia 3’s release date and much more.

“It is something we have to be sensitive to,” says lead writer William Harms. “The driving force behind it is authenticity. It is about capturing a specific time and place. Now, unfortunately, in American history, especially in the 60s, there was a lot of issues with race, with culture, with women’s issues, things like that.

“We did a lot of research, because it is very important that we get it right. There was a civil rights leader named James Baldwin who I now think is one of the greatest Americans that ever lived. He died years ago but my admiration for the man is incredible. He did a documentary where he drove around San Francisco, as an African-American, and he just talked to other African-Americans and said ‘hey, what’s it like living in San Francisco in 1964?'”

Harms’ research goes further than that too, into individual tales he’s read. “I’m a Cleaveland Browns fan, so I think he’s the best football player ever – a running back named Jim Brown, he gave an interview with Playboy in 1968. He tells this story about how he was driving through the south with some friends, and they got pulled over by the police because their car put dust on white people. Like, that was why they were pulled over. The only reason they got out of it without it being a problem was that he was playing football for Syracuse University at the time and another police officer came up and recognised him.”

Plus wider angles, with films that show how those in power acted at the time, how they reacted to the civil rights movement. “There’s documentaries, like one called Spies of Mississippi, it’s about state governments in the US basically intentionally infiltrated civil rights groups, to spy on them. The FBI had files on Martin Luther King. We also have a lot of inspiration in crime fiction,” explains Harms. “Both in movies and novels and stuff, but we wouldn’t be doing the subject matter justice if we didn’t also do our due diligence.” 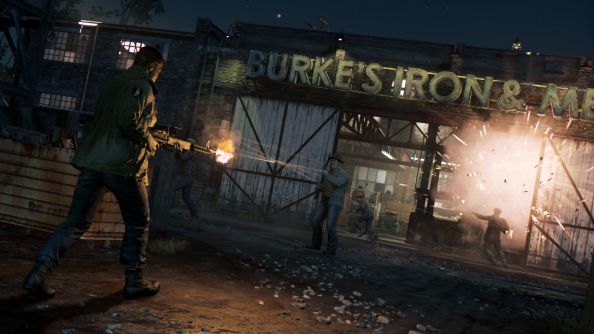 Mafia III is, of course, also an exceptionally violent game – in fact it may be the goriest currently in development, especially now that Doom is out of the way. That means that protagonist Lincoln Clay spends an awful lot of time killing people in fairly gruesome ways, and Harms admits that could lead to some narrative tension.

“I don’t want to talk about that too much, because I don’t want to get into narrative spoilers. We are aware of that. There are scenes early in the game, before Sammy and Ellis [members of the black mob] die, where even they touch on that. So it is something that we’ve thought through” he says. We’ll get to see exactly what those are on October 7.