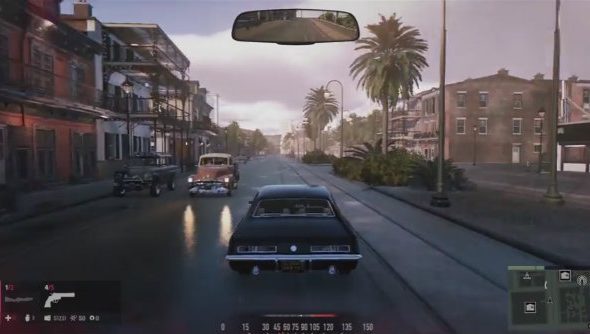 Remember the original Driver? That game did car chases right, didn’t it? Well Mafia 3 works from those same inspirations, and it’ll at least have competent on-foot stuff, too, unlike Driver’s first couple of sequels.

Need to know everything there is to know? We’ve got the info on Mafia III release date, story, setting, and gameplay.

So it’ll be somewhere between realistic and arcade driving, then. Cars will feel weighty, you’ll still be affected by inertia, and different road surfaces and weather will impact your capabilities. Apparently it’ll be easy to pick up, but there’s nuance there for those who want to be the best.

It really does remind me of Driver the way you powerslide around corners. If it feels half as good as that did back in the day, it’ll be excellent. Just imagine doing one of those long slides with the car stereo blasting out period hits. Yes, please.

See it in action in the video below: