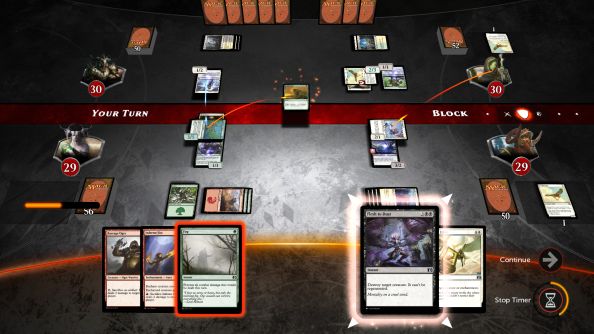 There’s always something going on in the world of card games – right now, it’s Magic: The Gathering’s turn in the spotlight. To make way for more Magic games in the future, Magic Duels is being given the boot, as Amonkhet was its last content update.

Need something to transition to, if you’re leaving Magic Duels? Check out the best PC games, ever.

This was announced via an update on Magic Digital Next, the internal name for all digital Magic things. Of course, with all cancellations, people aren’t going to be happy – and some players are trying to make themselves heard. Over on the subreddit for Magic Duels, they’ve penned a letter for Wizards of the Coast (specifically Mark Rosewater) to show how unhappy they are with the decision.

Things aren’t much better on the subreddit for Magic: The Gathering in general. sando27 described the whole treatment of the Magic Duels community as like they were being used as “guinea pigs” for more Magic Digital games.

The team will be showing off their next project in the Magic Digital Next scheme in a few months time at HASCON, but it’s surely going to be soured for those who enjoyed and wanted to stick to Magic Duels.