For those just getting acquainted with Magic the Gathering’s latest expansion, Zendikar Rising, or for veteran players that remember the Innistrad set, then you’ll be familiar with double-faced cards. In fact, speaking with Mark Rosewater, head designer for Magic: The Gathering, the modal double-faced cards have been around since Innistrad and it’s just been a case of playing the waiting game.

In an interview by email, Rosewater tells us, “Interestingly, the modal double-faced cards (MDFCs) that most give Zendikar Rising the adventure card feel were actually created during the design of original Innistrad when we first played around with double-faced cards.

“As Zendikar is a world connected mechanically to land, we decided to give it the MDFCs that all have a land on the back. The biggest change MDFCs have on the game is they let you put a higher concentration of land in your deck to help make sure you get enough mana in the early to mid game.” But, it’s not just Zendikar Rising that we’ll see modal double-faced cards in – this mechanic will also feature in two upcoming Magic: The Gathering expansions announced for the 2021 roadmap.

Rosewater tells us, “I’d been waiting for the right time to use them and I finally found it with[…] Strixhaven (a set coming out next year). I was asked to do some advanced design work and I realised that the mechanic was deep enough that we could use it for all three sets of this upcoming Magic “year” (Zendikar Rising, Kaldheim, and Strixhaven)”. 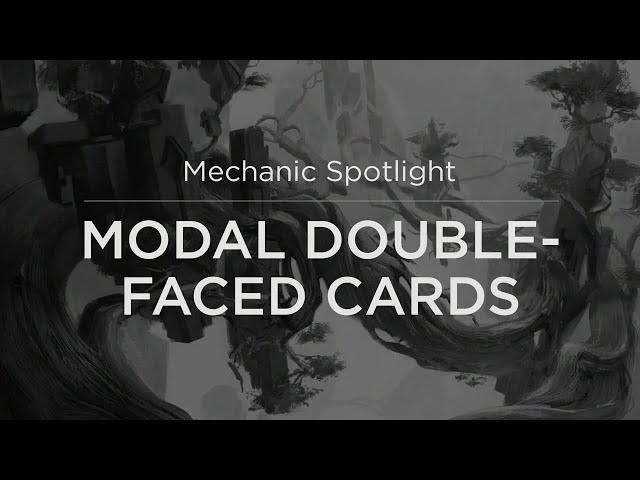 Strixhaven, School of Mages, will be about an elite university, meanwhile Kaldheim is inspired by Vikings – but they all have modal double-faced cards in common, so it will be interesting to see how they are utilised in a setting that isn’t Zendikar. You can check out the  Magic: The Gathering roadmap for more details on MTG’s upcoming expansions if you’re keen to know more.