For veterans of the form, Magic: The Gathering plays both elegantly and fluidly. In the 26 years since it launched, it has grown into the defining collectable card game, and now brims with intricate balance. Many will even tell you it is a near-infallible game.

Peering into the Magic scene from outside, however, can feel bewildering. To the non-aficionado the game can appear elaborately complex, fiercely competitive, and defined by the arcane art of building your own decks. That makes realising a digital version of Magic a rather tricky business. How to offer a meaningful version for old hands, while simultaneously welcoming the curious newcomer with an authentic experience?

The answer comes via very specific subsets of game design; ‘user experience’ and ‘user interface’. One could argue that the gameplay design was already in place for Arena. This is, after all, a very faithful ‘port’ of the paper game. But Arena succeeds in the way it delivers Magic the Gathering. From the tutorial to the gameplay flow, it presents a meticulously crafted way to explore and interact with the Magic system.

Despite the bounty of symbols, rules and off-game menu screens present, almost everything quickly makes sense, while play moves gracefully. It will never match the social experience of playing opposite and old friend, but Arena still moves with the energy of the physical game. To use the parlance of interactive design, it is ‘low friction’.

There’s no excess of clicks and menu navigation needed to play a match. Arena’s designers – perhaps inspired by the approach of Hearthstone – have built a minimalist interactive layer over the complexity of the core game, and it’s a very smart approach. 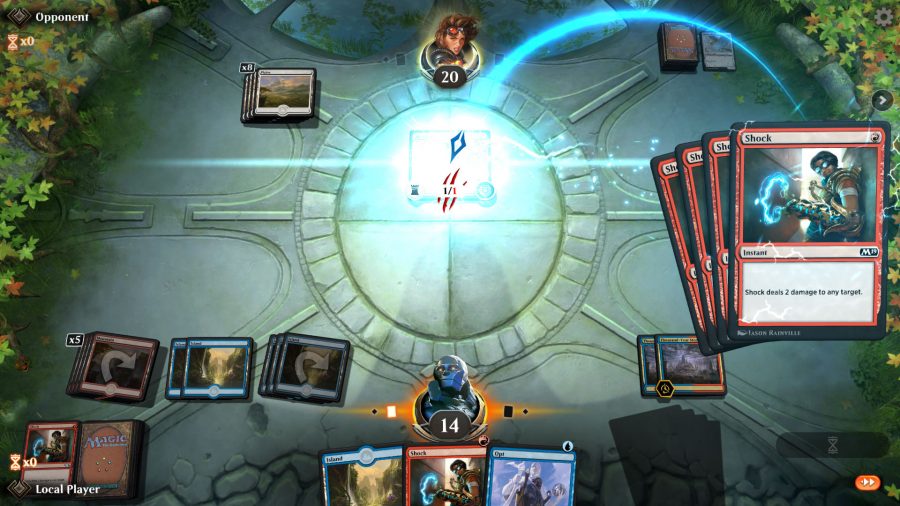 Arena doesn’t just play like Magic; it feels like Magic. That’s the most important thing this release could achieve. There is a lot going on in Arena, meaning newcomers to the system will benefit from a core understanding of board and card game jargon. But if you’ve never lifted anything more than a playing card, Arena still provides what might be one of the most welcoming entry points to a dazzlingly extravagant card game.

Meanwhile, if you know Magic intimately, after a handful of skippable tutorial matches that introduce you to this digital realisation’s inner workings, you’ll likely find everything beyond there intuitive and well-structured.

Of course, Arena is free-to-play, and that will inevitably irk some players. But then the physical version of Magic the Gathering has long been defined by spending small amounts on new packs of cards to boost decks. Many of us even started playing Magic with a free promo pack of cards, and have since gone on to put rather too much cash into expanding our collections. 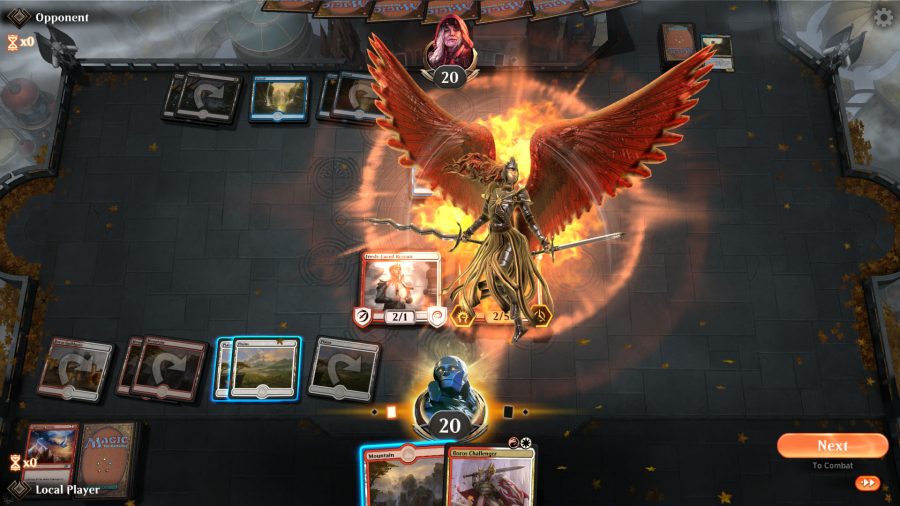 Arena offers pretty much the same model, but card packs simply aren’t as costly. They aren’t tangible, which isn’t the same, but Arena is certainly kinder on wallets. Arena is also broadly fairly generous, with a ready supply of free cards and in-game currency offered as reward for playing. Indeed, for the casual player there’s plenty to enjoy without spending a penny.

Real Magic booster packs cost around £3 to £4 for 15 cards. Spend about £3.60 buying card packs the least economical way in Arena, and you’ll get yourself 24 cards. Various bundles offer much better deals. £3.60 can also secure you a one-time offer granting 40 cards and enough in-game currency to buy many more cards than that again.

Ultimately, a committed player will want to spend some money expanding their available cards, but that investment need not be infinite. You could put a tremendous amount into Arena, but you certainly don’t need to, and you’ll always be able to play without paying more.

Not that Arena is without fault. Mythic and Rare cards seem a little bit too rare, for one thing. There’s also a sense that a shade too many matches see a Land-packed deck keep those all important Land cards held back when they’re needed to allow impactful spells to be cast. Some players are even suggesting the shuffling algorithm is simply broken. 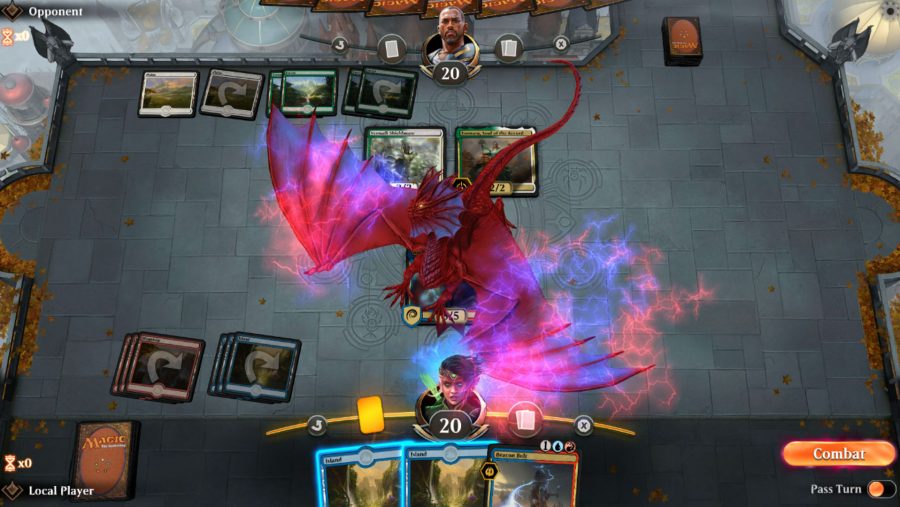 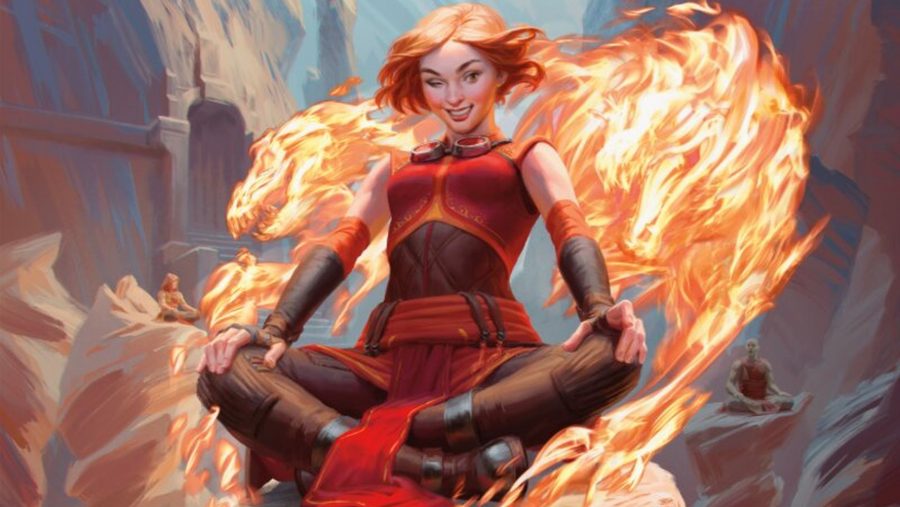 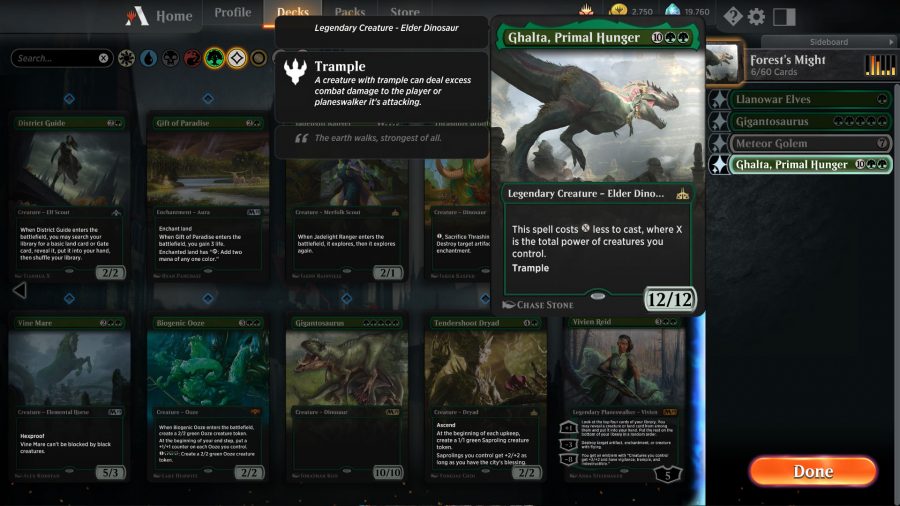 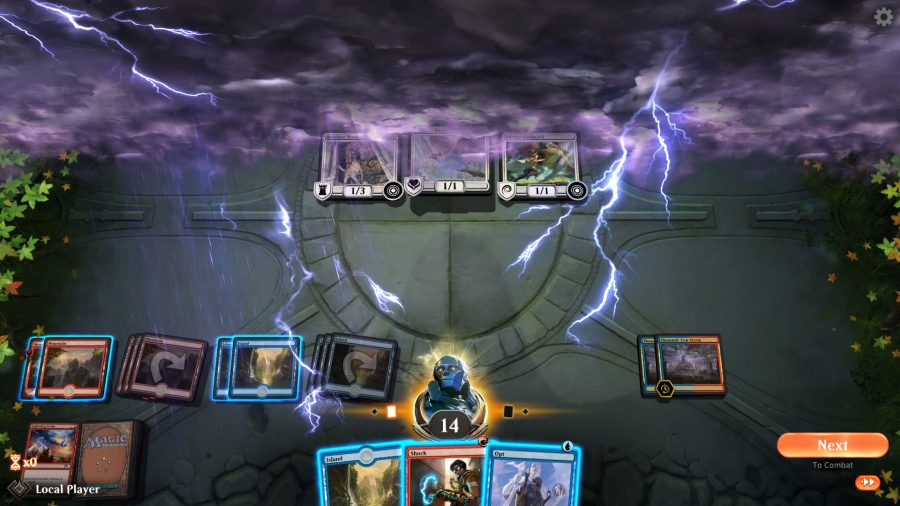 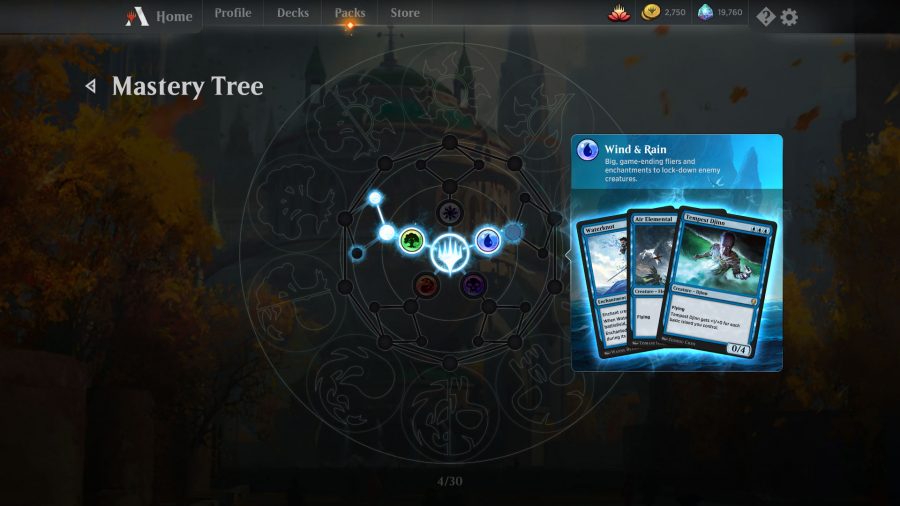 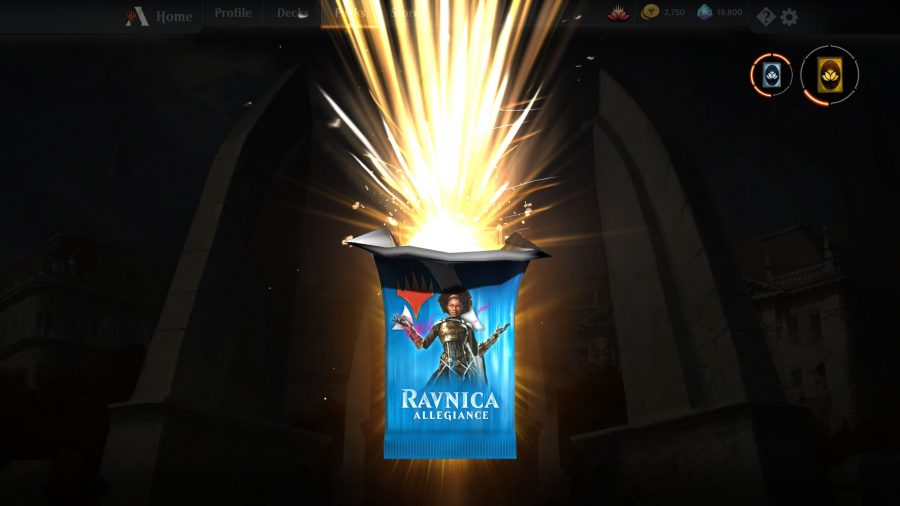 In the full-release build the problem doesn’t appear quite so pronounced; and it’s important to note that even with real-world games the shuffle is often a cruel master. But perhaps Arena could do with having its card delivery slightly tweaked. Elsewhere, for all the slickness and elegance of experience, editing and organising your decks and wider collection can prove a bemusing business.

Arena isn’t a replacement for playing Magic with physical cards. Rather, it’s a beguiling alternative that serves as both a terrific entry point into the world of Magic the Gathering, and a tool through which CCG devotees can sate their need for a game when a competitor isn’t to hand out there in
reality. Even more so, it’s ideal for the player looking to fully embrace Magic without it consuming all their gaming time and cash. The sublime Magic the Gathering physical game now has a worthy digital counterpart, and with a little refinement here and there, it could emerge as something truly special.

You can’t beat the feeling of playing Magic with cardboard in your hands. Still, Arena presents a slick realisation in digital form, and one that should suit both old hands and newcomers.