Early on a Sunday is a great time for some low-impact, horizon-broadening gaming. Today, we’ve got an easygoing treat for you all to warm up for; A trio of free, short and sweet browser-based experiences picked fresh from the bustling indie hub that is Itch.io. We’ve got dark mech-war in the deep south, bizarre comedy made in RPG Maker, and a narrative exploration gone off the rails.

Always worth checking out the fringes to see what new indie gold might be waiting in them thar’ hills, but if you want to see what’s already been dug up, check our list.

First up today is Mama Possum, by Kevin Snow (with concept by horror author Cassandra Khaw). Not so much a game as short story wearing the trappings of one, it’s an atmospheric and exciting little read that I’d love to see used as the basis for more stories, and maybe even an action game. Just off the border of Arkansas, two sisters and their massive war-mech Mama Possum throw down against the apocalypse in a grungier, more down-to-earth take on Pacific Rim’s kaiju-thrashing catharsis.

While you can enjoy Mama Possum for free on itch.io, the option is provided to buy a downloadable version of it for $5 if you want to tip the creators, and maybe recieve a postcard and sticker based on the brooding splash screen. Might be just the thing I need to brand my new laptop with… 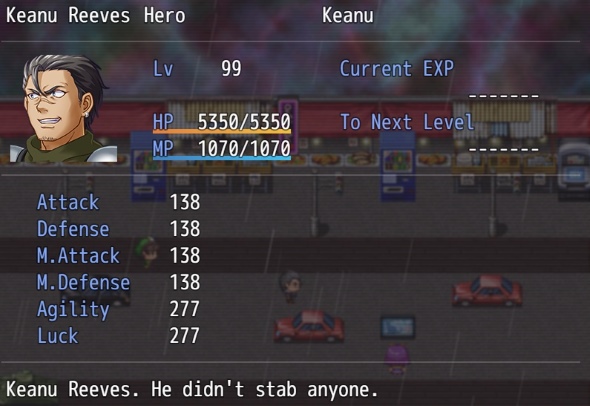 On the complete other end of the making sense/effort scale is Absolutely: A True Crime Story. This one is a little more game-like, and has some familiar names attached to it. It seems that Davey Wreden (of The Stanley Parable fame) and Ryan Roth (Staseed Pilgrim and The Yawhg) got bored one day and decided to make a gonzo short story in RPG Maker.

The end result is a deeply silly adventure in which Keanu Reeves sells a lot of drugs to kids and maybe (probably) gets into a very knifey altercation in a store. It’s nonsensical, it’s dumb and it’s funny and probably the mental pick-me-up you need after Mama Possum. This particular dynamic duo of dorkuses have done some other interactive fiction shorts together. Check them out on itch.io here. 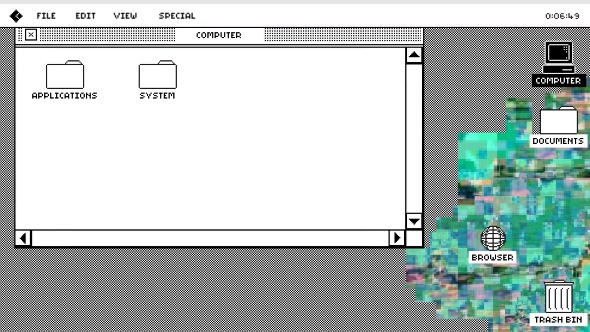 Now you’re all warmed up, shellshocked and thoroughly confused, it’s time for something completely different, or at least a complete reversal in tone. Glitcherby Mufiwegoat first appears to be an exploratory, story-driven thing where you quietly learn about a character through files left on their old Mac OS-styled desktop.

This lasts up until you start poking around for files in the recycle bin. Just remember: The is a sneaking mission. There’s some really clever design here, too. Just because you can do stuff with the keyboard now, don’t forget that you can scroll your way around windows using the mouse interface – it’s an important skill to have.

So, enjoyed these three? Sound off in the comments below, and maybe even share a few of your recent quite favourites. We won’t judge. Much.