David Brevik, CEO at Gazillion, has always been pretty open about the poor state of Marvel Heroes when it launched in 2013. “The game launched before it was ready and it wasn’t very good,” he says, bluntly. But, like the heroes in the pages of the comics his game draws from, he wasn’t going to give up in the face of hardship. “We got bad reviews but we really wanted to make this work, so we did a bunch of things to change the way that the games was.” Admittedly one of the lesser-heralded super powers…

And so began Brevik and Gazillion’s own heroic saga: rescuing their superhero MMO from the depths of Metacritic and helping it soar up Steam’s ‘most played’ list. It’s a journey Brevik claims couldn’t have been undertaken without the fans: “The biggest thing is that we really got involved in the community. We got their opinions and worked with them to improve the game. They told us the things that they wanted to see, the things that they had problems with.”

A combination of community feedback and weekly patches helped transform Marvel Heroes into a much more accomplished game. Realising how far they’d come, Brevik had the game rebranded as Marvel Heroes 2015 in order to advertise the fact that this was a true rebirth, and hopefully attract new players and re-reviews. It worked. “It was very successful for us; it raised our Metacritic score to 81.” 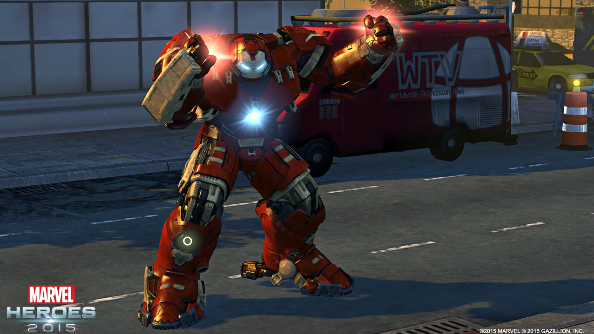 Of course, the huge phenomenon that Marvel’s movies have evolved into over the last half-decade certainly helped. “Guardians of the Galaxy was coming out a few months later [after the relaunch] and with the better reviews and the push from the movie we really saw numbers start to rise,” says Brevik. “Our biggest month was May when the Avengers: Age of Ultron came out. We had more players that month than ever before.”

Marvel’s movies have become inescapably huge. That doesn’t just mean good news for Marvel Heroes when it comes to gaining people’s interest; it’s also fantastic for in-game content. “I think that the movies are definitely very important for us, and we do focus on them. For instance, last month Ant Man was the new playable hero, and a couple of months ago we made a bunch of stuff for the Age of Ultron movie,” explains Brevik. “[the movies] will continue to be a big portion of what we do.”

Two Marvel movies are released each year, but when it comes to comics, the House of Ideas kicks out dozens of issues every month. The continued dynamic flow of the Marvel Universe is what really drives Marvel Heroes the most. “We’re very much comic people and so there are a lot of comic events that we tie into,” says Brevik. “There are a whole bunch of things that are happening in the comics that we make as a big part of the game as well. I’d say that comics are about two thirds of our content and movies are the other third.” 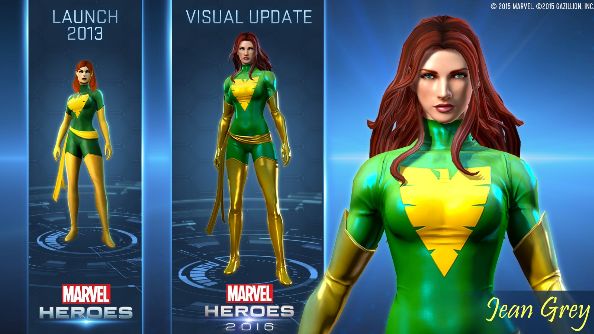 The comics are doing much to inform what comes next. And that, as you may well know (or have deduced, if you have a strong grip on the Gregorian calendar) is Marvel Heroes 2016. With the massive effect that the 2015 re-brand brought, Brevik intends to revamp the game again, similar to how sports games do their yearly installments. “It’ll be much bigger than a normal update. We’ve saved some stuff up throughout the year that we can show off!” he says.

If you are a fan of Marvel’s comic output, prepare to get excited: characters from All New, All Different Marvel (the comics’ current ‘phase’) will be making appearances, including Jane Foster’s Thor and Spider-Gwen. The Skrulls – a race of shape-shifting aliens – have invaded the planet in the new tenth chapter of the game’s story campaign. They bring with them new bosses, including Super Skrull Kl’rt – who possesses the powers of the Fantastic Four – and the War Skrull, who has some X-Men abilities. “He’s got Cyclops’ visor, Wolverine’s claws, Colossus’s metal skin, etc,” says Brevik. Presumably Beast’s blue fur was a step too far…

Elsewhere, Gazillion are focusing on user experience improvements. “Leaderboards are coming, and we’re doing them a lot differently,” says Brevik. “We’re making them broad audience leaderboards so that you don’t have to play 24/7 to compete. We’re going to be much friendlier than that, with real short-session leaderboards, good rewards – things like that.”

The game’s inventory is in need of an overhaul, and Brevik is on the case: “We’re going to improve the inventory system that allows you to customize your stash tabs, label them differently and sort them and move them around and customize icons and things like that.” 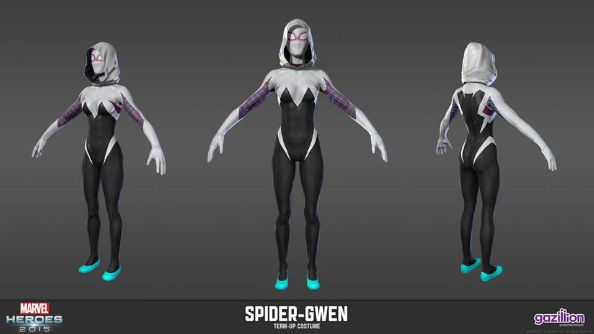 Alongside these improvements will be controller support, and a graphical overhaul that will increase the fidelity of the heroes. Steam Achievements are finally being added, and the Mac version will exit beta. It’s a big set of changes, proving this year’s branding is much more than just changing the number in the title.

Like the 2015 change though, Marvel Heroes 2016 is just the start of a new season of updates. “I think that we will continue to roll out new heroes often. We’re at a hero a month right now. Each one plays very different as a new character class. We’ll continue to do a lot of that,” says Brevik. “We’ll have new raids to participate in. In fact there’s going to be a new raid probably this winter that involves a major moment. We’ll continue to tie into the movies and have up to date content with them.”

Continuing this way does rely on one crucial external factor: that the superhero bubble doesn’t burst. Marvel is never going to go away, but if audience fatigue sets in, will there be enough interest beyond the hardcore fans? Brevik doesn’t see it as an issue, believing that love will simply live on. “The fact is these stories have been around a long time,” he says. “They’ve always been really good but they’ve never really been given the right production value or taken seriously. I think now that that is really coming into it’s own and there’s so much money being made on these things that I don’t really see the bubble really bursting any time soon.”