Project Rebirth was, according to the pages of Marvel comics, a secret operation during World War II which took promising but physically underwhelming military recruits and injected them with an experimental ‘super soldier serum’ to turn them into the perfect troopers. The only participant of the project was Steve Rogers, who was transformed from a sickly boy into the astonishing Captain America.

Marvel Heroes, Gazillion’s superhero MMO, has undergone its own version of Project Rebirth. When launched in 2013, despite being the new project from Diablo’s creator David Brevik, it was welcomed by sneers, criticism, and a Metacritic ranking of 58. A year later, the game was re-launched as Marvel Heroes 2015. It’s now one of the most played games on Steam, and boasts a Metacritic ranking of 81. The secret behind the transformation isn’t a special serum though. According to Brevik, now Gazillion’s CEO, it’s all about listening to the players.

“When Marvel Heroes came out it wasn’t all that well received. So we buckled down and worked hard on the game to make it better. We improved a bunch of things from the business model to the way we build our software. Nothing was sacred, everything changed,” says Brevik. “The most important change is how we handled community. When you have a game that’s struggling out of the gate, you have to have that group of people who are dedicated to you and stick with you, and can evangelise you. If you don’t work with them then you don’t have anything.” 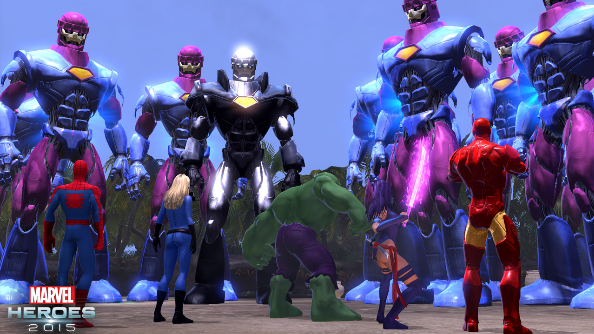 Realising that the players knew best, Gazillion re-organised their focus around community. The game’s forums were opened up to everyone at the company no matter their role, and everyone was encouraged to interact with the players and listen to their concerns. From there, Brevik knew what direction to head in. “We changed it so we were patching every single week. [The players] can see the changes. They start to believe in you and believe what you say. We started being more active on Twitch and social media. I personally stream the game several nights a week.”

Getting players involved in major decisions has meant that changes to Marvel Heroes have been far better received. Brevik recalls back to a promotion Gazillion wanted to run where a set of limited edition costumes would go on sale. Each one would be numbered and highly collectable. “We announced this and in 24 hours there was 115 pages of upset people on the forums talking about how much they hated this idea,” he laughs. “But within 24 hours we said ‘we’ve heard that loud and clear and we’re cancelling that announcement’. We went with something [the community] perceived to be more fair, which was a limited time, not limited quantity. That went over really well.”

Thanks to this dedication to community (and a lot of hard work designing features and content that’s actually fun to play), Marvel Heroes is soaring in its new 2015 costume. From week to week new tweaks and adjustments appear, and each month a brand new character with unique skills is introduced to the game, the latest being She-Hulk. 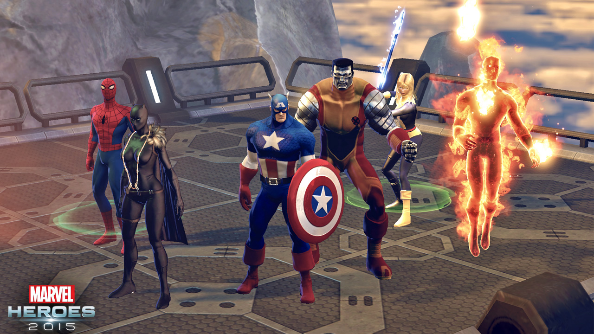 It’s interesting that Marvel Heroes allows you to play as the Marvel universe’s most iconic heroes. As an MMO, it means you frequently bump into gangs of people all playing Wolverine. But Brevik was convinced from the start that he was going to let people play as their favourite vigilantes. “I always feel second rate if I’m just tagging along with [the heroes]. Am I really helping them, or am I bringing them down? I didn’t want that feeling, I wanted to be able to play as the heroes I read and am in love with,” he says. He points to other games where you can create your own superhero, and notes that the system is flawed. “With create your own hero, people who are really into it come up with clever themes and creative names and stuff like that. But unfortunately that’s a mild and minority group. For a general audience, they don’t know what they want to make. They don’t have a theme. So they end up making something a little bit lame, so now your game is filled with lame heroes. I wanted to avoid that.”

The solution has been to pick the best of Marvel’s catalogue of superheroes, and continue to select new and interesting characters to build and add each month. Over the year we’ve seen the likes of The Winter Soldier, X-23, and Rogue introduced to the game, each bringing their own unique approach. Since Marvel Heroes doesn’t have classes, making a new character isn’t as simple as reskinning a barbarian or changing the names of skills on a mage. Each new hero is a design challenge as the team translate from comic panel to game mechanic.

“Rogue was a challenge to make,” says Brevik. “Having the ability to steal powers from everyone else, she changes every time we make a new hero. If there’s a new boss or a new ability, she’s constantly getting new stuff. There’s no other ARPG out there where that’s the ability; to steal other abilities and make your own hero.”

Whilst making each new character is a challenge, it’s a mission that Brevik relishes. “How would you do Mystique (a mutant who can change her appearance at will), how much sense would that make in an action RPG? How are you gonna do Kitty Pryde and walking through walls? There are some abilities that are very difficult to represent, and coming up with ways to do that is gonna be fun.” 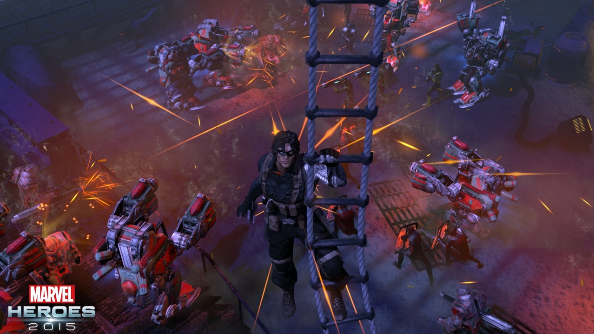 Whilst being true to the characters is important, Brevik is also very aware that Marvel Heroes is a game, and needs to abide by game logic. “We cant make it an exact one-to-one with the comics because then everyone would play Hulk or Thor,” he says. “You don’t want a player who’s favourite hero is Black Widow or Daredevil to be left out. You want them to play together with characters like Thor and feel like they’re contributing in equal ways. There has to be balance across the board.”

The visual style of each hero’s attacks and abilities go a long way to fulfilling this. “Hulk is jumping and smashing and he seems to break the concrete, there’s this big area of effect. You get the power and the feeling of what Hulk is doing, but the actual number and damage that comes up is balanced,” says Brevik.

Each and every one of Marvel Heroes’ characters are free. They can be bought via microtransactions, but by playing the game and collecting Eternity Splinters, every hero can be acquired. This fair system is of paramount importance to Gazillion. “This has been a philosophy of mine for some time: I feel that when you are generous, your players are generous,” says Brevik. “We have a very high conversion rate (free players becoming paying players), our percentage is over double the industry average. Our average paying revenue per user per month is about double the industry average as well.”

Naturally, the more money Gazillion makes from micro-transactions, the more content it can put into the game. As the world of Marvel evolves and changes, so does Marvel Heroes. The recent Axis crossover event between the Avengers and X-Men comics saw heroes face off the Red Skull, and that battle was put into the game in the form of a raid. Next on the list is Age of Ultron, the upcoming Avengers film, which will have “a lot” of content dedicated to it. And, of course, plenty of new characters are in the pipeline, including – Brevik assures me – the oft-requested Iron Fist. These constant changes and updates, provided Gazillion can keep up the pace, should keep Marvel Heroes relevant for some time to come.

“Tying into the movies, a different event every week, something is happening all the time,” says Brevik.