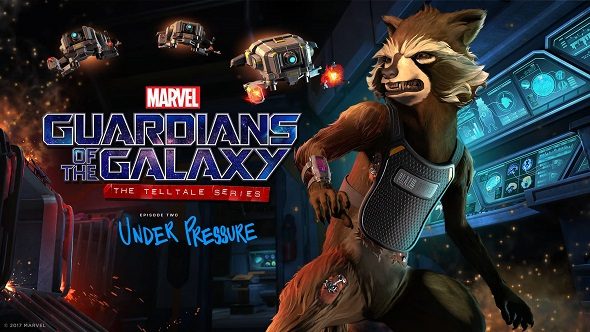 You’ve not got to wait much longer if you’ve been anticipating the release of the second episode for Telltale’s Guardians of the Galaxy game. It’s coming out very soon – June 6th.

Need something new to play? Check out our list of the best free PC games.

This second episode – which is titled ‘Under Pressure’ – continues on with the team trying to work out what to do with a relic they found previously, with bad guys doing bad things. The focus of this teaser, though, is Rocket Raccoon’s past.

To try and work out what might happen, I had a quick look at the Wikipedia page for Rocket Raccoon, to see how his past went in the comic books. Apparently, he was best buddies with a talking walrus called Wal Rus, and they both came from a planet where genetically modified, somewhat anthropomorphic animals cared for the mentally ill.

Whether Marvel’s Guardians of the Galaxy: The Telltale Series will deal with all of this, not go that far into his history, or make up something completely new isn’t clear. Best of luck to the writers trying to make something up that’s just as wild if it’s the latter.