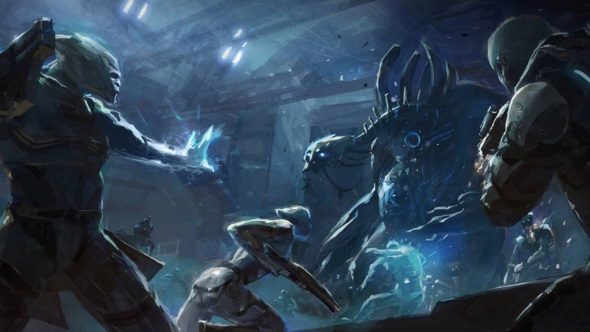 One of EA’s more baffling business decisions of the last decade has been irritating fans of Bioware’s classic space-RPG trilogy for years now. Despite the series having fallen into a coma after the troubled launch of Mass Effect: Andromeda, there was still no easy to purchase the (widely considered essential) DLC for Mass Effects’s 2 & 3 on PC without the use of a clunky third-party pseudo-currency called Bioware Points, and even then, the prices were extortionate.

Now, half that problem has been fixed. You can now purchase the DLC direct, although the price is still rather questionable.

Feel like exploring the stars without breaking the bank? Our picks for the best space-borne games out there contains a few bargains, Mass Effect aside.

While Origin points are still sold, and while they do still seem to be the primary way to grab individual pieces of Mass Effect DLC to this day, you can now by the DLC as two separate bundles, each including absolutely everything released as extras for the second and third Mass Effects, up to and including soundtracks. While it’s nice to have it all compiled in one place now, the price tag is still the issue.

Despite the DLC now being many years old and the Mass Effect Trilogy bundle (containing only the base games) currently being on sale for a meager $15, the RRP for the Mass Effect 2 & 3 DLC bundles combined is an utterly absurd $55. While the DLC does include some of the best moments in the series (such as the Shadow Broker mission in ME2 and the Citadel chapter of ME3 acting as a preemptive farewell to the lovable cast, it’s probably not worth quite that much.

While it seems inevitable that the DLC will eventually go on sale now that it carries a real-money price tag, it’s bizarre that EA would sneak these bundles out during the middle of a high-profile sale. While their discounts on just about everything else on the store have been surprisingly good this year, re-launching the DLC at full price feels like gouging, whether that was EA’s intent or not. Still, this is at least a half-step in the right direction. Perhaps an all-in-one bundle for the entire series (Andromeda included) would be a logical next step? Your call, EA.