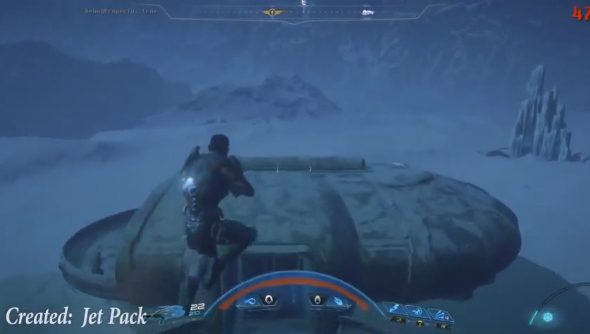 A leaked early prototype video of Mass Effect: Andromeda shows the game will have jetpacks to allow you to jump on top of buildings.

Need something to scratch your space opera itch until release? Here’s the best space games on PCto keep you going

The video (below), which shows a prototype build of the game from around 2014, was obtained from the VFX showreel of an unnamed developer working on the BioWare title by a detective on NeoGAF.

Using EA’s proprietary Frostbite engine, the developer shows off volumetric plumes of a seemingly poisonous pollen squeezed from a pod by a Krogan during a cutscene.

It also showcases the lighting effects of a jetpack on the player model allowing them to scale a building, whilst giving another glimpse of the HUD.

The arching HUD at the bottom of the screen has been previously teased in a photo from late 2015 (below) depicting BioWare Montreal studio manager Marie Brisebois playing the development build. 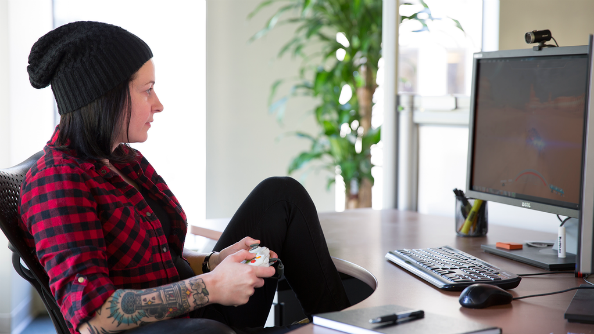 A further leak from a survey sent out earlier this week suggests the plot of the game will revolve around humans attempting to colonise the Andromeda Galaxy.

This is a far cry from the anti-colonial sentiment of the original trilogy in which every race in the Milky Way combines to fight off the encroaching Reaper apocalypse.