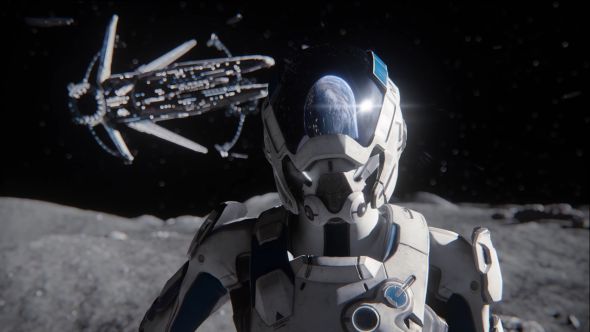 Anyone worried about a resurgence in enthusiasm for always-online policies within EA can relax for the time being, as it emerges that you can play the forthcoming Mass Effect: Andromeda in offline mode.

Here’s everything we know about Mass Effect: Andromeda so far.

The news was confirmed by lead designer Ian Frazier on Twitter earlier today, in answer to a fan who was worried enough to add a crying emoji.

Mass Effect 2 and 3 required you to check in with EA’s servers when you started the game, and again to validate any DLC you’d bought. Without these handshakes at the start of each session, you were locked out of saved games that used DLC.

Shortly after Mass Effect 3’s release in March 2012, EA made a huge push towards an always-online policy, which went down very well. Much like a sinking ship, in fact,with respect to 2013’s notorious SimCity debacle.

BioWare’s last game, 2014’s Dragon Age: Inquisition, required you to check in to Origin at the start of your session, but allowed you to play offline thereafter.

Frazier’s tweet suggests we can do at least this much in Andromeda, but it’s not clear whether we’ll be able to launch and play the game without going online at least once to shake hands with Origin.

Origin has an offline mode that works similarly to Steam’s, in which installed games are playable without ever connecting to the Internet. This was possible in Inquisition, so perhaps Andromeda will follow that format.