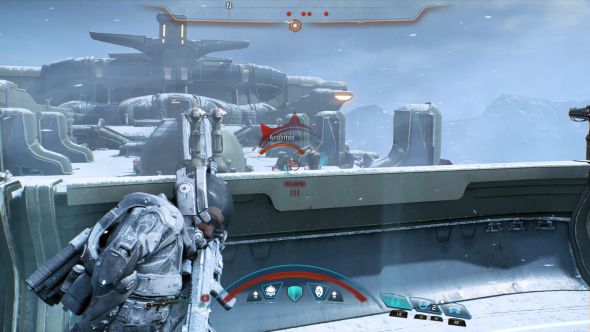 Update March 30, 2017: In a statement on Twitter, Bioware have announced when they’ll announce what they’re planning for the troubled Mass Effect: Andromeda.

Mass Effect: Andromeda hasn’t had a happy start to life, despite being a rather good game. Bugs, animation problems and complaints about writing have all marred its release. Next week, Bioware are going to be ready to start talking about fixing it.

Explore the stars some more in our list of the best space games.

It’s an interesting reversal of what we usually see in circumstances such as this, where devs go quiet until they’re ready to announce something. This actually worked for No Man’s Sky developers Hello Games, even if it made the initial problems that much worse. It’s also Blizzard’s usual reaction after a decade of promising changes that they then couldn’t follow through on.

Bioware have been here before of course, announcing a patch for Mass Effect 3’s ending after it was initially poorly received. It brought them a lot of good will, even from those who weren’t too bothered by it in the first place. Hopefully, they can repeat the same feat. Of course, there’s also almost certainly already paid DLC in the works, which they may want to avoid talking about before fixing things. We’ll find out on April 4.

Original story March 27, 2017:It’s been well documented over the past week or so how Mass Effect: Andromeda suffers from bugs. It’s always the way when games get larger – as the scope increases, so do the issues.

Luckily, most of the issues aren’t game-breaking. Still, BioWare are working away on getting the most often reported ones fixed as soon as possible. They’ve even released a list to let players know they’re aware of the main ones.

That bug that makes Ryder run funny? That’s going to be addressed, even though it can only be triggered by players purposely running like plebs.

You know how the auto-save can be a bit annoying during main missions, with large sections sometimes having to be replayed when you die? That’s also being looked at.