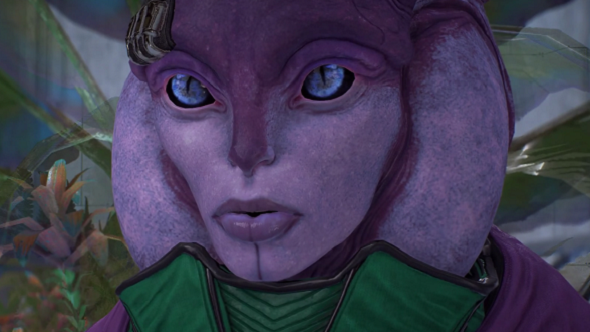 Once you get past your expectations and hopes for BioWare’s long-awaited sequel, Mass Effect: Andromeda turns out to be a good game. Away from the criticisms of its facial animations, filler quests, and impotent protests from the froth-mouthed internet picketers – how dare a game feature bisexual people in space! – it’s a perfectly enjoyable shooter. There are some incredible set-pieces, a number of excellent characters, and a load of gorgeous environments to tear around in your tricked-out moon buggy. Still, despite the fact I had fun with it, there was one thing that really bugs me: Andromeda isn’t alien enough.

Here are the three pieces of DLC that would have saved Mass Effect: Andromeda.

The original Mass Effect trilogy was wonderfully unknowable. Take the Hanar, a race of floating jellyfish who communicate via bioluminescence (translated by machines for other races). They speak with military precision, with extreme politeness, and in third-person to anyone they’re not intimate with. They communicate like this because to do otherwise is deemed egotistical in their culture. That is, unless they reveal their ‘soul name’ to someone they have formed a deep connection with.

The Hanar are weird. They’re from a planet made up mostly of water and so the sea is their natural habitat. They use mass effect fields to levitate on land while their floppy tendrils hang limp below them. Looking at them, you start to ponder their existence – like, how did they become a spacefaring species when they can’t even carry anything? They apparently have assassins in their ranks, so what, do they sting you to death? Then there’s Blasto, a fictional Hanar Spectre who’s a Bruce Willis-esque action icon. It’s all so damn imaginative. 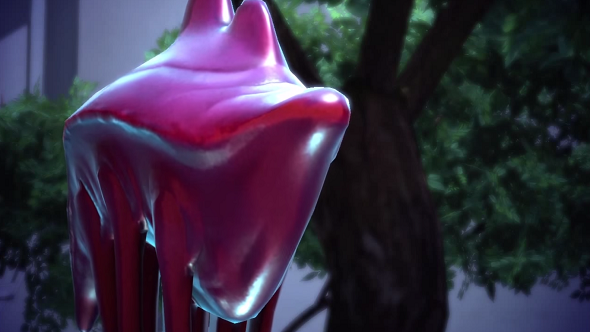 This imagination extends across the Milky Way, too, with countless interesting species introduced as the series plods on. Every single one you encounter feels like an invitation to open the in-game codex and dive straight into Lore Town to discover more. It really embeds you into this world and makes you feel like an explorer. First contact has been and gone in this universe, but you’re constantly probing uncharted territory. You feel like an explorer; Captain Kirk with an assault rifle and telekinesis.

That’s why the promise of Andromeda got people so worked up. In it, we head to actual uncharted space, to a completely new galaxy filled with god-knows-what. Then it turns out that the whole of this galactic sprawl is populated by just two intelligent species, somehow dotted across the entirety of every solar system. There are also some floating rocks, just to reassure you that, yes, this place isn’t home – we have space rocks here. 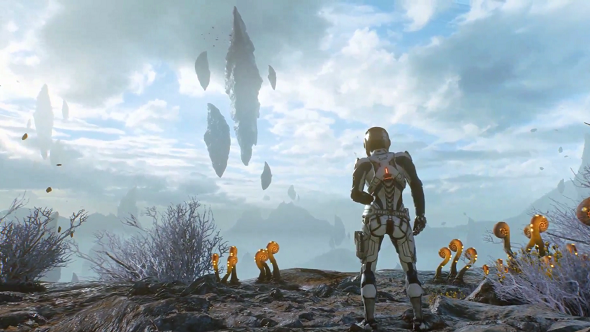 The primary race of Andromeda is the Angara, a humanoid species with massive fish lips. They’re like the Hanar, but with legs and nowhere near as interesting. Then there are the Kett who (spoilers) are actually also mostly Angara, albeit with chitinous armour – a product of genetic experiments. That’s it. Outside of some alien species – some luminous flora and some mindless, colour-swapped fauna – these are all you’ll meet in Andromeda.

In the original trilogy we had the Drell, a race who can vividly remember everything they ever did and recite it like it just happened. There’s the Asari, an ancient race of sexually-awakened, tentacle-headed force-wielders. There’s the Elcor, an elephantine species who can’t convey emotion in speech, speaking in monotone and preceding each sentence with their intent. Even the Reapers. The Reapers! They’re a sentient race of spaceships with the sole purpose of sweeping through galaxies like an armoured swarm of laser locusts.

Mass Effect: Andromeda relied on these races, bringing most of them along in its Ark colony ships to keep players engaged, leaning on the fact that, here, you are the alien. The thing is, even that aspect of the story is underexplored. Imagine you were an Angara seeing a human for the first time. Imagine seeing Ryder, his facial hair-fuzzed cheeks, and his weird extremities. You think Hanar are weird – look at these bizarre bipedal monstrosities! The Angara have barely any curiosity for these races that they have just made contact with for the first time, which takes away from their believability. They should be as eager to learn about you as you are to learn about them and their culture, but they meet you with barely a shrug. 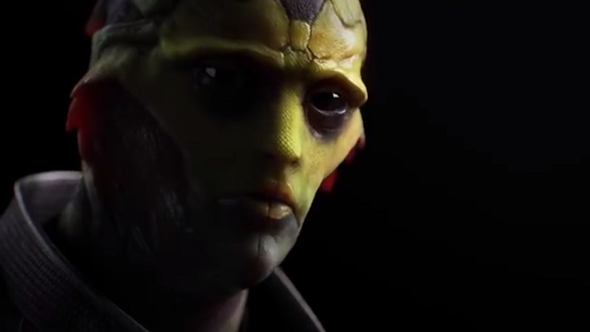 These shortfalls are symptoms of the game’s larger problems, mostly rooted in its scope. If you play Andromeda to completion, it’s clear that this was meant to lay the groundwork for future Mass Effect games, just as the first game in the series did. The first Mass Effect was full of imagination, but it was a terrible game to play. Honestly, go back and try it now. On the other hand, Andromeda feels great to play, but it lacks that imaginative spark. That’s because it had to do the job of the first game while also pushing the series forward mechanically and visually, all in a completely new game engine and on fresh platforms. This is why, despite Andromeda’s problems, I still say BioWare did a good job. It’s just a case of adjusting expectations.

That’s why it’s a huge shame we won’t see Andromeda explored more in DLC. BioWare recently announced that they would no longer be supporting the game’s single-player, following a raft of fixes and changes to the animations and dialogue. If you ever played the DLC for the original trilogy, you’ll know how much of a loss to gaming this could be. Expansions could have enriched the world of Andromeda. Imagine if other neighbouring galaxies had their own Andromeda initiative, also realising their best chance of surviving from the Reapers was fleeing to Andromeda. It could have been a melting pot filled with fantastical creatures. Personally, I’m still gutted we never met a race that’s just sentient gas with eyes. Now we probably never will.