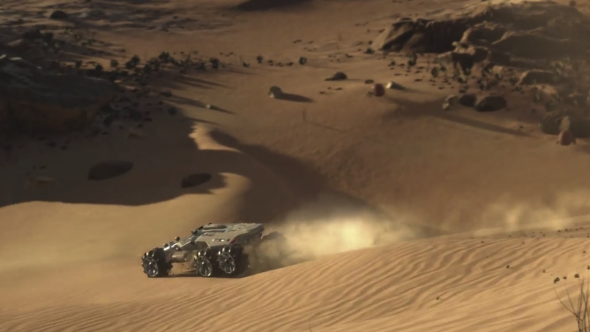 You’ll be able to craft and name your own weapons – including a krogan-style hammer – in Mass Effect: Andromeda, confirms lead designer Ian Frazier on Twitter. Melee weapons also get their own dedicated slot as opposed to being a context-sensitive omni-blade slash (though your omni-blade will be your starting melee weapon, and can be upgraded).

For all the latest details, here’s everything we know about Mass Effect: Andromeda so far.

The news comes via a series of tweets by Andromeda’s lead designer Ian Frazier earlier today.

PRO TIP: In MEA, you can craft your own krogan-style hammer and name it GRABTHAR'S HAMMER.

Senior designer Justin Perez says he’s made an assault rifle and a sniper rifle, each with different names, so the crafting/naming system would seem to extend to all weapons.

BioWare’s last major release (that wasn’t an Old Republic expansion) was Dragon Age: Inquisition, which also featured a weapon crafting and naming system. One twitter user asked Frazier if there was any similarity between the two. Frazier repliedthat they will be “quite a bit different” and promised “more on crafting later”.

As for melee weapons, Vanguards and anyone who enjoyed being a Shadow infiltrator in Mass Effect 3’s multiplayer will be glad to hear that they’re getting their own slot for single-player. The omni-tool will be your starting option, and can be upgraded, but Frazier’s first tweet indicates that you can swap it out for a badass krogan hammer at the very least.

@konradkurze202 @bigking123 There's a dedicated melee weapon slot. The omni-blade you start with is just one (though you can upgrade it).

Crafting systems seem to be everywhere these days, but they make more sense in Andromeda’s setting than most – you’re colonists, after all, and have to make the most of scarce resources to survive. It’s also great to hear that we’re getting more variety in melee weapons, and this tallies with what we’ve been promised so far in terms of more diverse, dynamic combat.