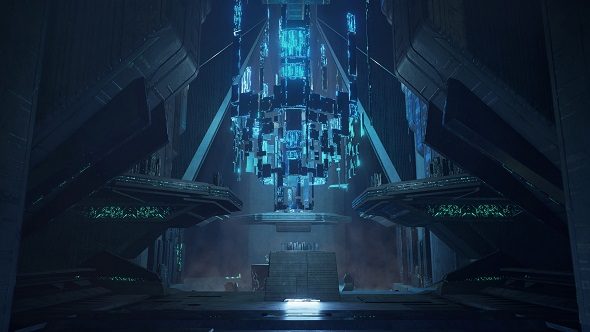 Because there’s never enough sentient aliens to have a thing for in space, the Quarians may be coming to Mass Effect: Andromeda. The brief for the eighth APEX Mission contains a tidbit that many people are taking to mean the mask-wearing nomads are on their way back.

For more space action and weird aliens, we’ve got the list of the 15 best space games on PC.

In the brief, a transmission is received by a Remnant observatory, which, while broken up due to the signals being weak and poor translation, speaks of something trying to go “back to Keelah Si’yah”.

‘Keelah se’lai’ literally means “By the homeworld I hope to see one day”, and is an almost religious saying that many Quarians will repeat. It’s almost certain that a Quarian send the transmission, then, and therefore it’s likely that they’ll appear again in some fashion, even if this slightly different phrase is of an unknown meaning.

The mission itself has already begun, and runs for almost another 3 days, finishing at 4pm BST on Monday 29. So, if you want to get involved and see if there’s more to this, and if you’ll be getting a whole new race to gawk at, you’ll have to get started soon.

The full mission brief is available right here, including a news broadcast to promote it. Because, hey, a war with aliens would be breaking news.