Whatever you thought of the ending, the Mass Effect trilogy is undoubtedly one of the finest stories in gaming. Unfortunately Bioware’s saga, like all of us, has suffered the ravages of time – and even Mass Effect 3 from 2012 isn’t looking as good as it once did.

Instead of waiting for a remaster, the easiest solution for PC players is to download one of the many texture packs around – and now one fan has made that a lot easier. Modder CreeperLava has released a new version of his bluntly-titled ‘A Lot Of Textures’ pack for the full Mass Effect trilogy, which combines many community-made texture packs into one place with an easy installer.

The latest update to the ‘ALOT’ pack overhauls the currently available mods for “better consistency”, has a completely new installation procedure, and adds “many, many textures” (we love it when modders get technical). The updated installer is easy to use, but they do suggest turning off auto-updates for the game in Origin, as EA’s client can overwrite mods and texture packs without asking. 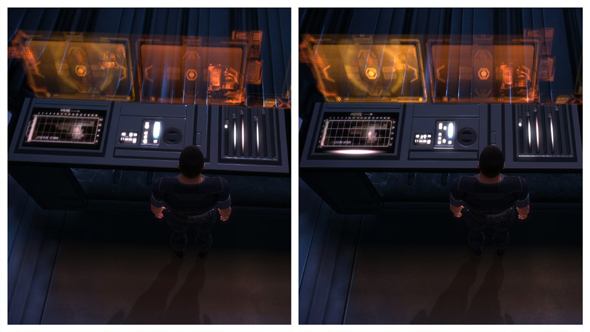 The ‘ALOT’ texture packs work on their own, but they are also designed to compliment the popular ‘MEUITM’ texture pack for Mass Effect 1, which received its own update back in January. If you’re planning on replaying the Mass Effect trilogy, now would be the perfect time to do it. Anthem’s still six months away, remember.