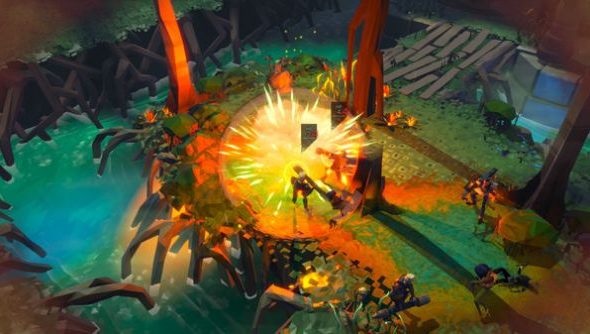 After two years of development, Double Fine’s turn-based Massive Chalice has finally acquired a release date. Out officially on June 1st, the game will ship with a bunch of improvements as it enters version 1.0. There’s been a fairly heavy rebalancing to make the game more challenging, as well as the addition of controller support for the Steam version.

The news broke on the game’s official forums:

“It’s been two years since we started on our quest for the MASSIVE CHALICE, and we’re excited to say that our journey is nearly at an end!” said administrator Spaff. “After many months of designing, building, reading through our early access feedback, and playing the game for hours on end, we’re finally in lockdown. That means the team is in the final stages now; working purely on bug fixing, performance, and polishing things up, in between sending builds off to Microsoft for certification.”

If you’re still unsure about grabbing the game, you can catch the Double Fine Twitch stream as they celebrate the launch. It’ll be held via their official Twitch stream, on June 1st.

Are you going to be playing?