Update Feb 26, 2016: Master of Orion is now available on Early Access, with a pair of trailers to celebrate.

Wargaming Labs’ reboot of classic space strategy Master of Orion is in its first, purchasable form now. The Collector’s Edition comes with a batch of extras and gives you access to the beta version of the game, which launched on Steam today. It doesn’t actually cost any more than a normal game though, selling currently for £29.99 / $49.99 / €45.99, while the eventual standard edition that launches once it leaves Early Access will be a little cheaper.

Perhaps the future holds our best space games list for Master of Orion? We hope so, and hiring John De Lancie is a good step.

As for the game itself, this is just phase one of a three-month-minimum plan to add features, races and victory conditions over time. Some of what’s available was shown off in a trailer earlier this week:

It’s already looking pretty polished, considering it’s in Early Access, and if there’s a company that knows about running a successful beta it’s World of Tanks owners Wargaming. Still, they caution that only English and Russian languages are currently available, and while a full playthrough is possible, they do not consider it content complete by any means. You’ll also need a 64 bit version of Windows to play it, with Linux, Steam OS and Mac support coming later down the road.

They describe it as “first and foremost a passion project” and therefore note it’s important to deliver on what fans want, part of the reason they’re heading into EA. Not to put too fine a point on it, but they certainly don’t need the money to finish dev – Wargaming are mighty fine in that department, to the point where owner Victor Kislyi recently became a billionaire.

Here’s the second trailer, showing off what’s in the Collector’s Edition and how you might browse it if you were really an interplanetary space captain:

Original Story Feb 18, 2016:Master of Orion’s strategic romp around the stars will be voiced by the likes ofAlan Tudyk, Mark Hamill,Robert Englund and many more, Wargaming Labs have revealed. The reboot will also be entering Early Access with a “Collector’s Edition” on February 25th. They’ve debuted the impressive cast in a new trailer, and all the details on what’s included in the first Early Access version are below.

Here’s the rundown of who is playing what in the upcoming game, which for me was rather like watching my childhood go past on a large float, calling out in various funny voices:

As well as being like some sort of fantasy football team of nerdery, there’s a lot of pure talent in there too. I’ll listen to De Lancie in literally anything, but here’s what everyone’s playing, including some folks who weren’t featured in the above:

Well, wouldn’t be a videogame without Baker and North, would it? 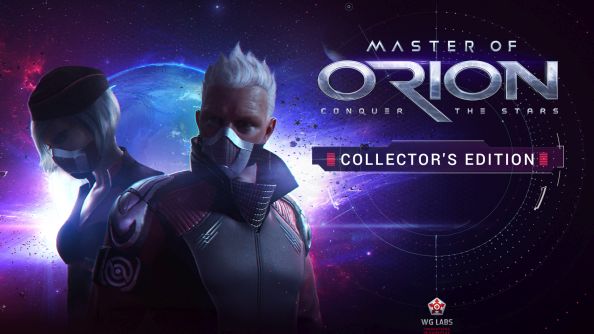 Meanwhile, you’ll get to play with all these fiends for the first time on February 25th when the collector’s edition goes live on Steam and GOG. It’s going to cost $49.99/€45.99/£29.99 and comes with copies of the original games, some skins for ships, a few bits of digital tat as well as a whole extra race, the more warlike Terran faction of the humans. When your leader is literally Freddy, you’re probably not the greatest guys to have a space party with.

The exact time it goes live in 10am PST / 6pm UTC on the 25th, so it’ll be the 26th for some folks a little further east. Exactly what will be available to play hasn’t been made clear, but expect it to be somewhat limited while in Early Access, natch. It’s rather odd that they’ve gone to brand the game at a normal price, even a little cheaper than we might expect these days, as a Collector’s Edition, but it does mean they can also sell a regular version that comes sans-EA, if they want.