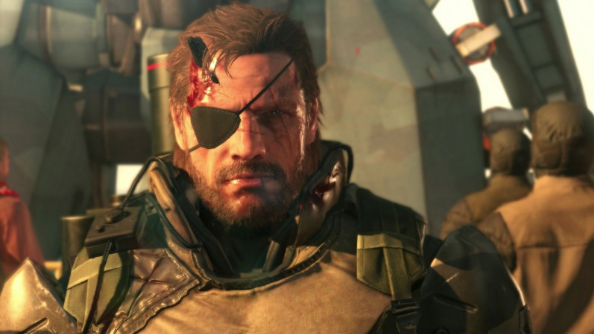 Konami have released the celebratory launch trailer for Metal Gear Solid V: The Phantom Pain, which will finally be released on September 1st. It’s a trailer heavy on nostalgia, with gentle, emotional music playing over footage of the previous four MGS games. It’s all been stitched together by Hideo Kojima himself, so there’s no surprise that it’s a little over-indulgent.

At around the halfway mark you’ll finally get to see some action from the new game, with Snake walking down a corridor looking increasingly worse for wear. Then some title cards let us know that this game will be the Ultimate! in many areas, be that story, scale, or thrills.

And finally, we get a look at a new Metal Gear: the Sahelanthropus. It’s much more upright than Metal Gears normally are, and combined with the whip-come-sword it’s swinging around, it feels more Gundam than Gear. Oh, and it’s got a machinegun for a penis. So there’s that.

Of course the trailer was going to be daft, but thankfully the game is super good. We’ve played 30 hours of it so far, and think it’s the best in the series.