Have you finished Metal Gear Solid V? Do you not mind having a potential surprise spoiled? Well you, my good reader, are fine to stay.

There’s a scene in Metal Gear Solid V and the few players who have unlocked it have allegedly done so by messing with the game’s files.

If the theories about the unlocking conditions are true, unlocking it through play might be very close to being impossible, as there are influences outside your control.

Right, I’m going to throw up a photo, and spoilers will commence in the text that follows. 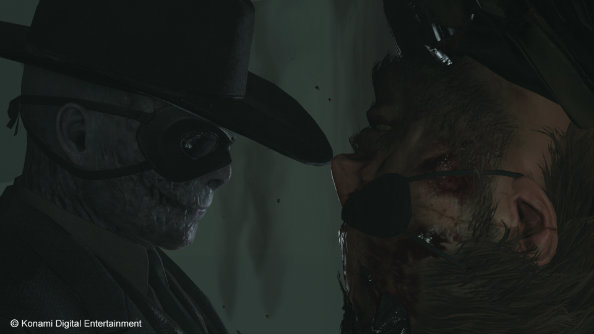 So, once you get a good way into Metal Gear Solid V, you unlock the ability to make nukes. These are used as deterrents for potential FOB invaders. It’s billed as a moral choice when the mechanic is introduced: do you want to rid the world of nukes, or use them to intimidate?

YouTube userАлександр Гольтяев, put this video online and it seems to hint that its triggering conditions will take a global effort for disarmament. Every nuke in the game needs to be disposed of. This seems crazy, but it’s probably the most Kojima thing in the world. Check out the video:

It’s quite a powerful scene, particularly as it’s a game that comes from a Japanese company.

If it wasn’t Kojima I wouldn’t believe it, but this is a man who once wanted to make a game that erased itself when you died. He wanted the battle with The End in Snake Eater to last a week. Now he wants virtual world peace. Let’s work together and try and give it to him.